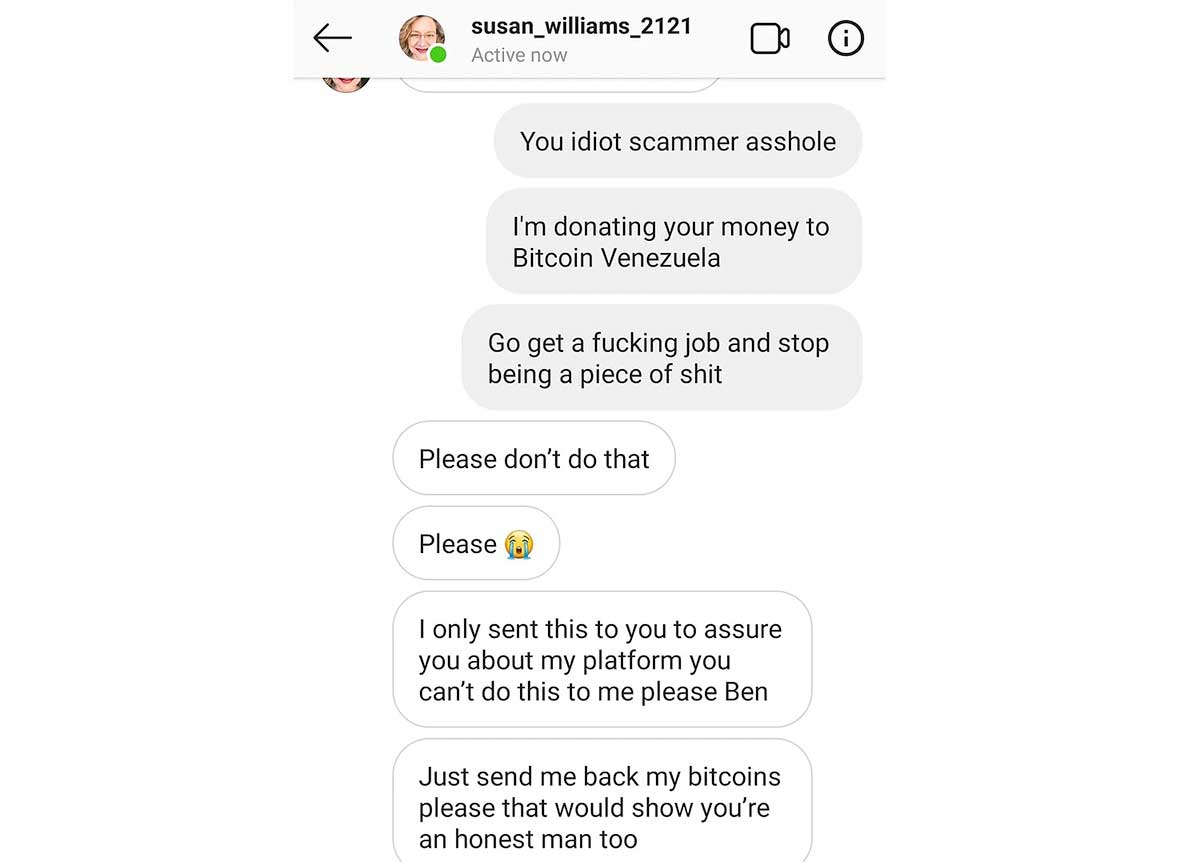 Scambuster Jim Browning got access to a tech support scammer’s computer and was able to find out his real name and monitor his communications with his boss and colleagues. He spooked them so much that it looks like they shut down operations, at least temporarily. I love Browning’s laconic, bored-sounding voice as he talks to […]

I love this. When you get a scam email, forward it to me@rescam.org and a bot will keep the scammer busy emailing back and forth with it, giving the scammer less time to rob gullible humans. Introducing Re:scam – an artificially intelligent email bot made to reply to scam emails. Re:scam wastes scammers time with […]