When the Russians invaded, for a small Colorado town, it became... RED DON! 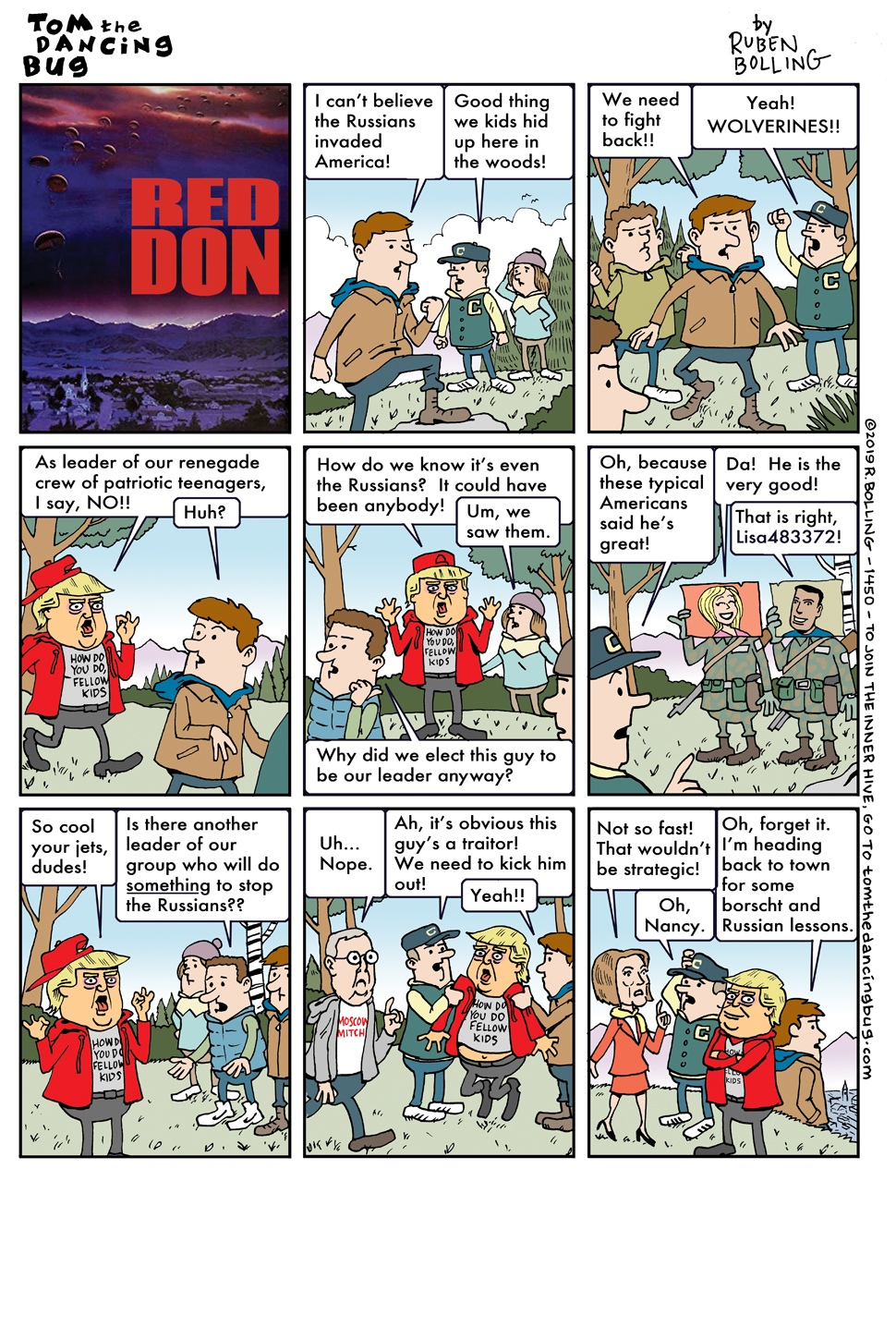 Tom the Dancing Bug, IN WHICH the Russians invade, and it's up to a small resistance cell of teenagers to fight back, under the bold leadership of RED DON!

YOU MIGHT join Tom the Dancing Bug's INNER HIVE! Be the first kid on your block to see each week's comic, get extra comics, sneak peeks, insider scoops, and lots of other stuff! JOIN TODAY!

WOULD THAT YOU'D read more Tom the Dancing Bug comics on Boing Boing!