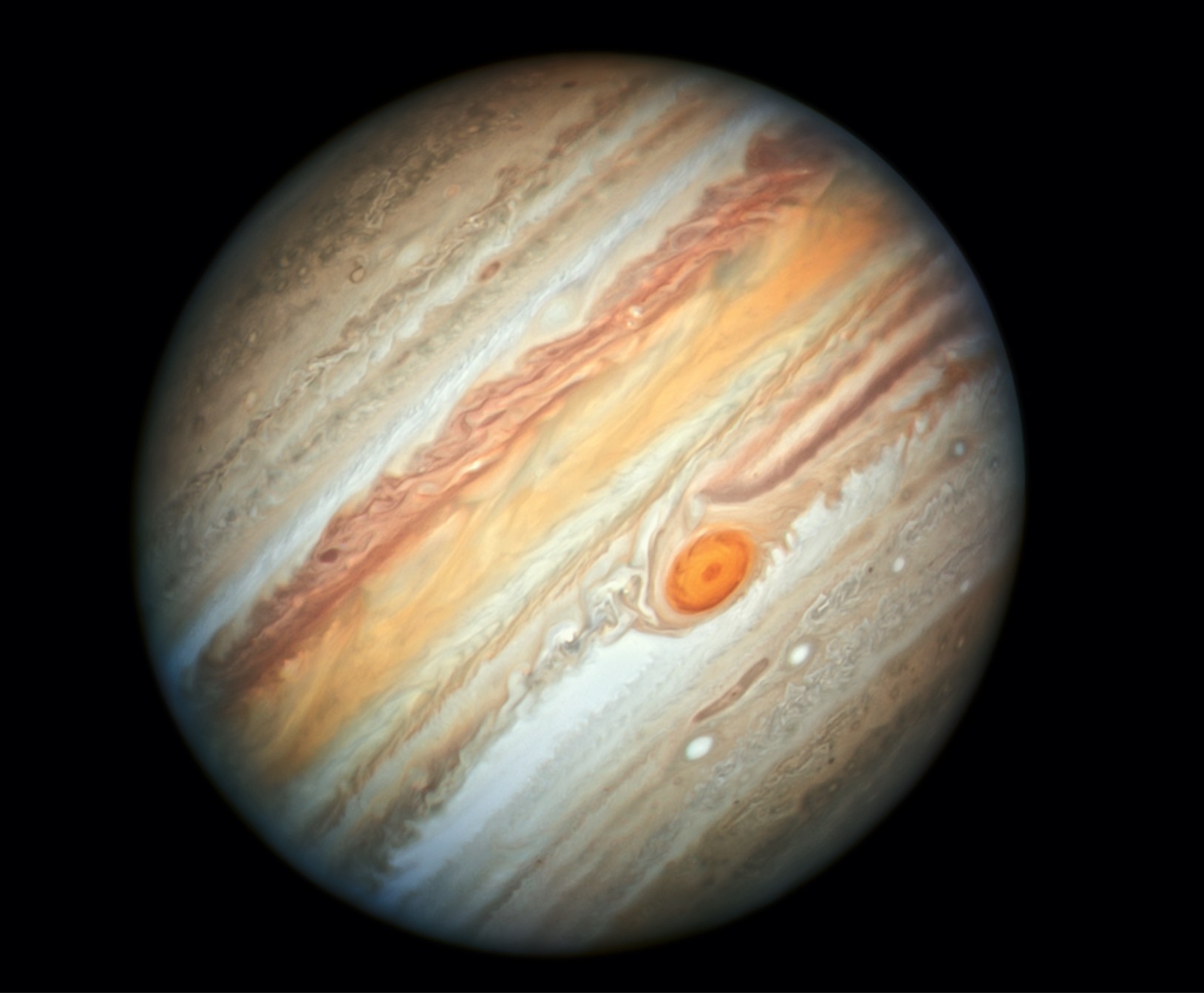 NASA has just released this incredible image of Jupiter taken by the Hubble Space Telescope on June 27, 2019. From NASA:

This new Hubble Space Telescope view of Jupiter, taken on June 27, 2019, reveals the giant planet's trademark Great Red Spot, and a more intense color palette in the clouds swirling in Jupiter's turbulent atmosphere than seen in previous years. The colors, and their changes, provide important clues to ongoing processes in Jupiter's atmosphere. The new image was taken in visible light as part of the Outer Planets Atmospheres Legacy program, or OPAL. The program provides yearly Hubble global views of the outer planets to look for changes in their storms, winds and clouds. Hubble's Wide Field Camera 3 observed Jupiter when the planet was 400 million miles from Earth, when Jupiter was near "opposition" or almost directly opposite the Sun in the sky....

This animation (below) of a rotating Jupiter was assembled from a Hubble Space Telescope photographic mosaic of almost the entire planet. The resulting flat map was computer-projected onto a sphere to create a rotating globe (excluding the polar regions above 80 degrees latitude). Jupiter completes one rotation every 9.8 hours. The giant planet's trademark Great Red Spot is the orange-colored oval that is as big as Earth. Distinct parallel bands of roiling clouds dominate our view above Jupiter's deep hydrogen/helium atmosphere. The colorful cloud bands are confined by jet streams blowing in opposite directions at different latitudes. A characteristic string of white oval-shaped anticyclones appears along one latitude band in the planet’s southern hemisphere. Hubble takes images of the entire planet as part of the Outer Planets Atmospheres Legacy program, or OPAL. This program provides yearly Hubble global views of the outer planets to look for changes in their storms, winds and clouds.