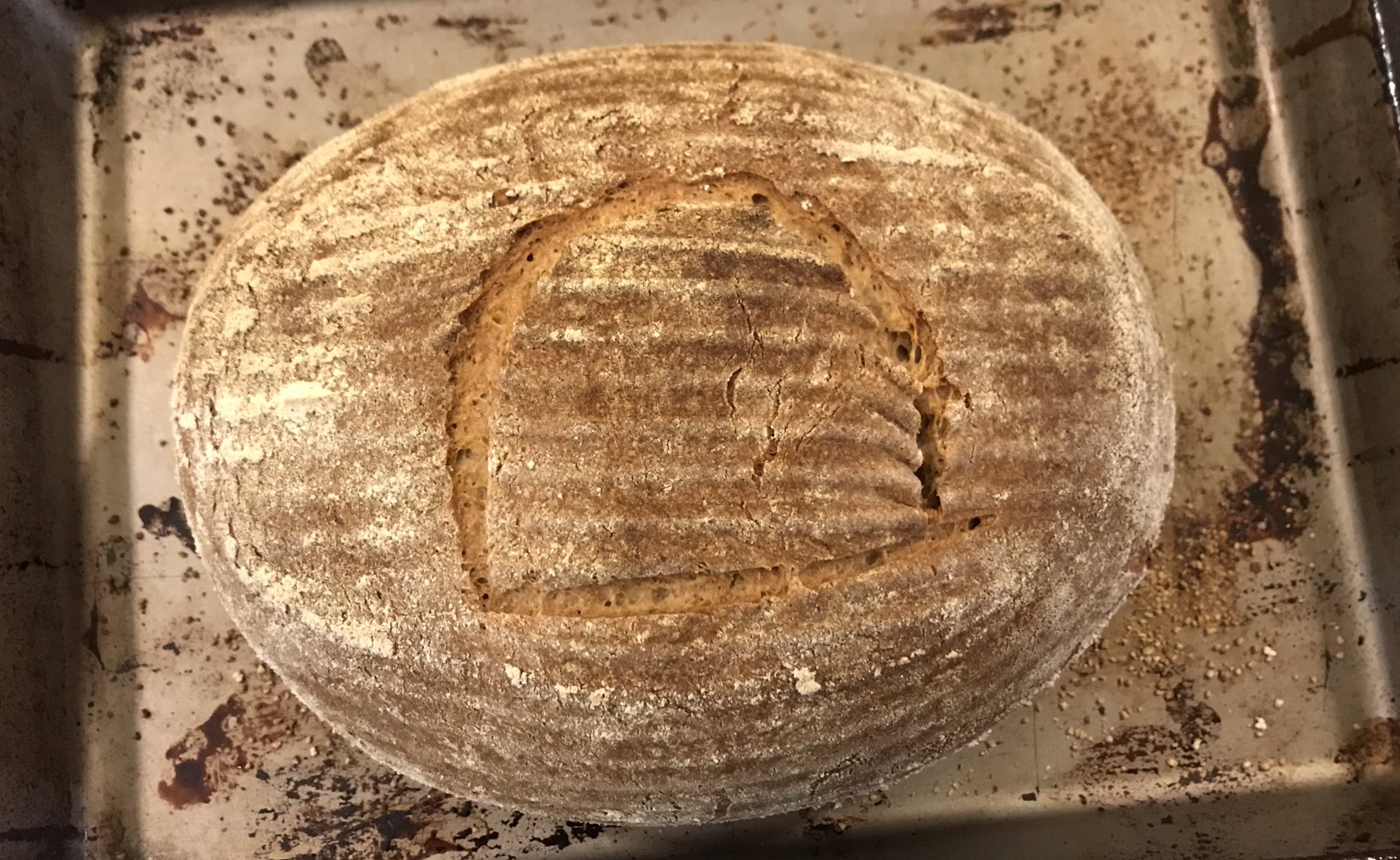 Seamus Blackley, "father of the Xbox," worked with Egyptologist Serena Love and microbiologist Richard Bowman to extract yeast from 4,500-year-old Egyptian bread-making and beer-making potter held in the collection of Harvard's Peabody Museum; though nearly all of the samples are being cultured for analysis and addition to a microorganism library, Blackley cultured one sample to use in a dough-starter for a baking project.

Having awakened the dormant yeast strains, Blackley made a dough, "with identical ingredients to what the yeast ate 4,500 years ago," describing the aroma as "unlike anything I’ve experienced...much sweeter and more rich than the sourdough we are used to."

On the bread itself: "The crumb is light and airy, especially for a 100% ancient grain loaf. The aroma and flavor are incredible. I’m emotional. It’s really different, and you can easily tell even if you’re not a bread nerd."

Two weeks ago, with the help of Egyptologist @drserenalove and Microbiologist @rbowman1234, I went to Boston’s MFA and @Harvard’s @peabodymuseum to attempt collecting 4,500 year old yeast from Ancient Egyptian pottery. Today, I baked with some of it... pic.twitter.com/143aKe6M3b