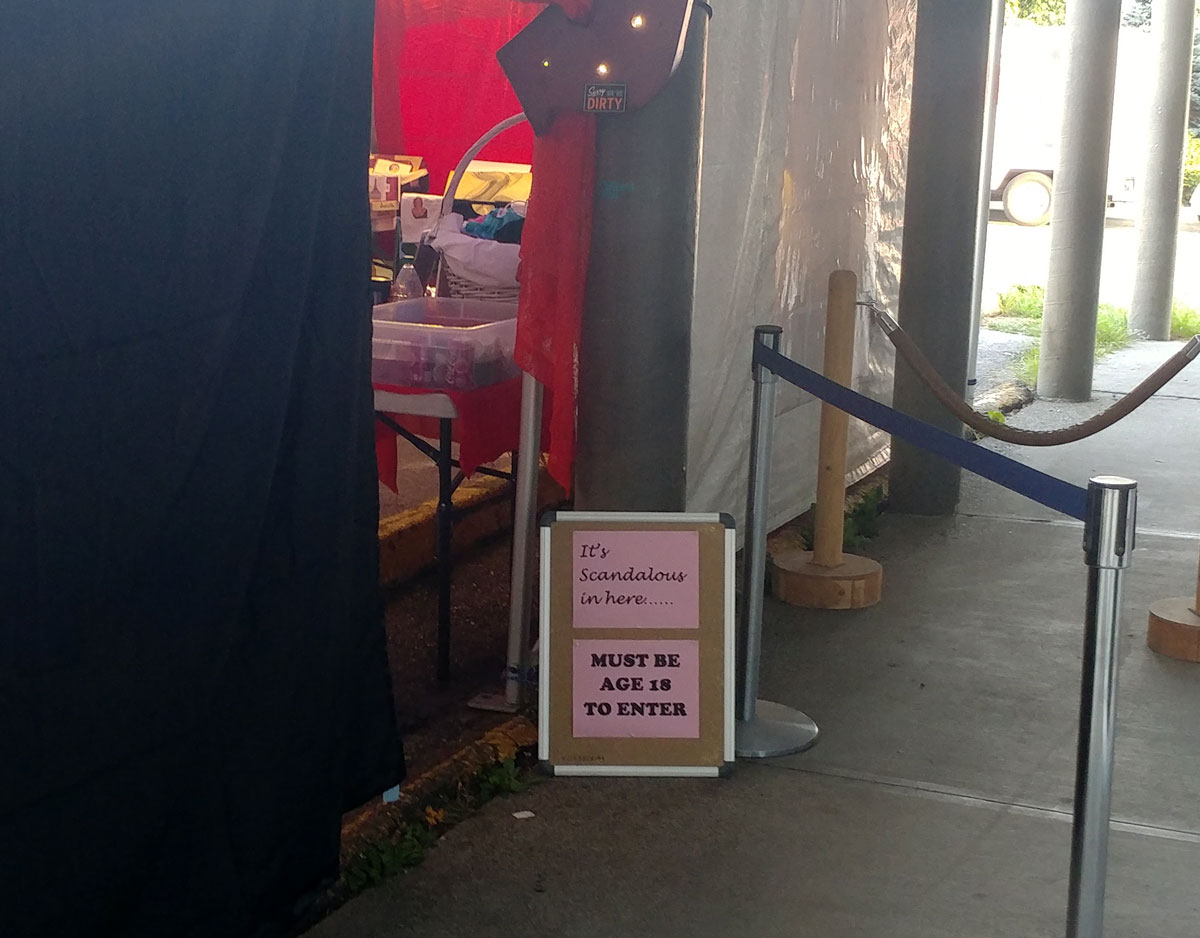 There's a marketing mastermind at Granny's Attic thrift store on Vashon Island in Washington state. Instead of tossing out** all the risqué donations the store receives, they instead save the (good/sellable) items for a once-a-year sale for adults 18 and over. I vacation in Vashon and got to experience it for myself.

The preview for this "After Dark" sale was held on the island's popular First Friday evening:

"Find Out What Your Neighbors Have Been Up To":

Outside the shop's actual storefront was this large tent which held all the salacious secondhand goods:

Now, I've often thought that you can tell a lot about what a community is about by what ends up in their thrift stores, a sort of anthropological study. What would I learn about the denizens of Vashon? Only one way to find out...

(By the way, my 14-year-old was MORTIFIED that I was going to check the sale out and literally crossed the street and hid while I went inside.)

Walking past the "It's scandalous in here..." sign and into the tent, I immediately spotted racks of used (and presumably laundered) lingerie and books:

Turning around, I saw this table (click image to embiggen):

Many artists live in Vashon, so it makes sense to me that a bunch of tasteful nude sketches ended up in the sale:

Oh, it's worth mentioning that everything was priced to move. This art, titled "Headed Out," was just $8:

When I returned the following morning, A LOT of things had already been purchased (including a cool forties Hawaiian girl necktie I had hoped to grab).