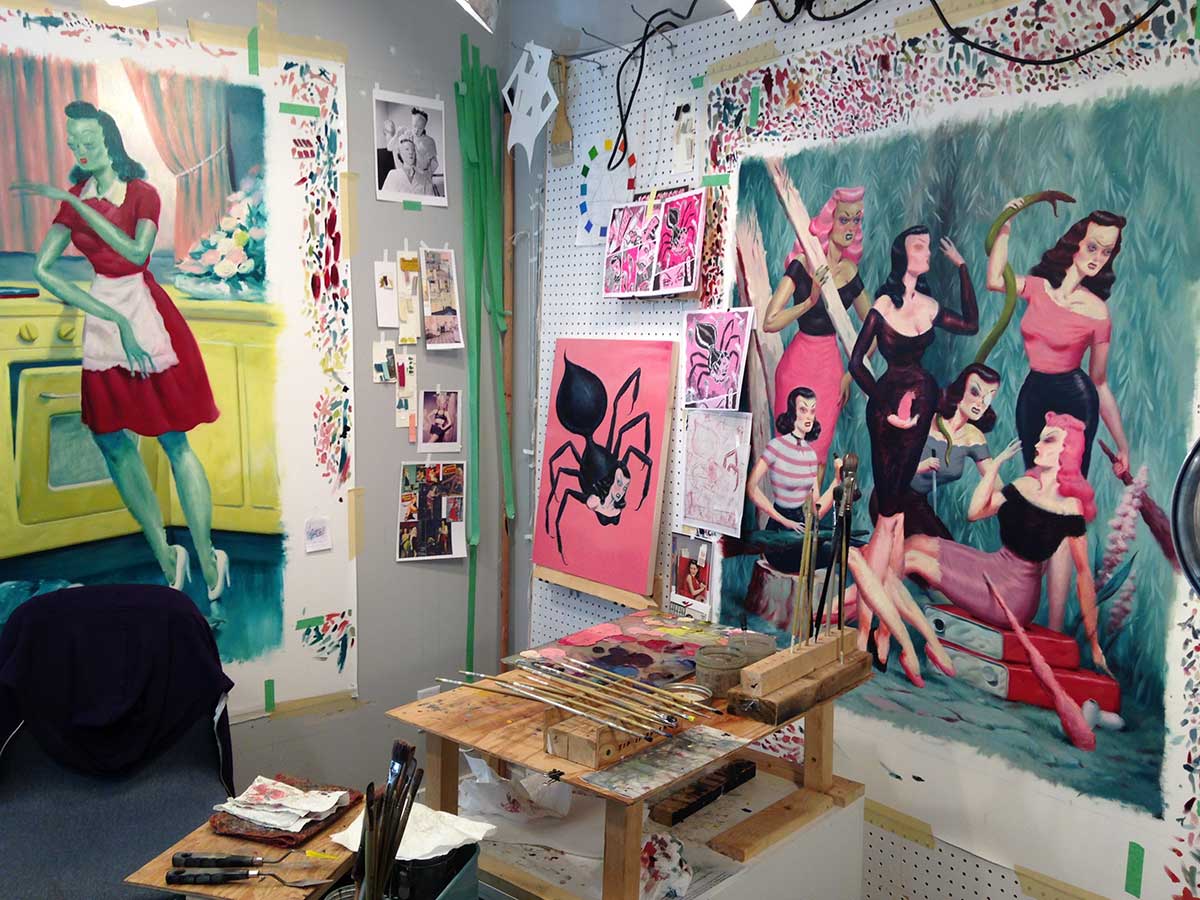 Here's what artist Ryan Heshka says about his show that opens tomorrow (August 10, 2019) at Corey Helford Gallery in Los Angeles:

"The overall theme that weaves all the work together is the celebration of individuality, and celebrating our individual weirdness, quirks, the things that make us who we are. The political climate, the actual climate, and questions about privacy and reality have been heavy on my mind this year. I didn’t necessarily want to do a show that literally explored these themes, but rather have these themes drive my exploration of individual freedom and the evolution and shift of our relationships with each other as we continue to race forward. The show itself is split three ways: a) the original art from Mean Girls Club: Pink Dawn, b) the debut of my new comic book, Frog Wife (with a new print and a large oil painting and art from the comic book), and c) a series of new paintings. The narratives in all these works varies, but there is a thread of rebellion, of flipped or evolved stereotypes, and turning figures inside out to reveal an inner self. The show started as an excuse to exhibit my comic book art, but soon took on a life of its own."

He adds, "The show is heavy on the comic book art (close to 60 spreads, or 120 pages), which I have never shown before. There are also two large oil paintings, one of the Mean Girls Club, and one of Frog Wife. Large format oils are relatively new to me and have not been widely seen or available. Other paintings play with the format of tattoo flash (multiple icons or figures on a page), or focus more on figures rather than scenes, which featured more prominently in old works. The work still maintains that antiquated, distant, almost foreign look I am known for, but I feel it is more refined and yet at the same time more raw than older works."

A limited number of the artist’s first monograph, Heshka's 2017 Fatales: The Art of Ryan Heshka (published by Cernunnos), will also be available to purchase on opening night.