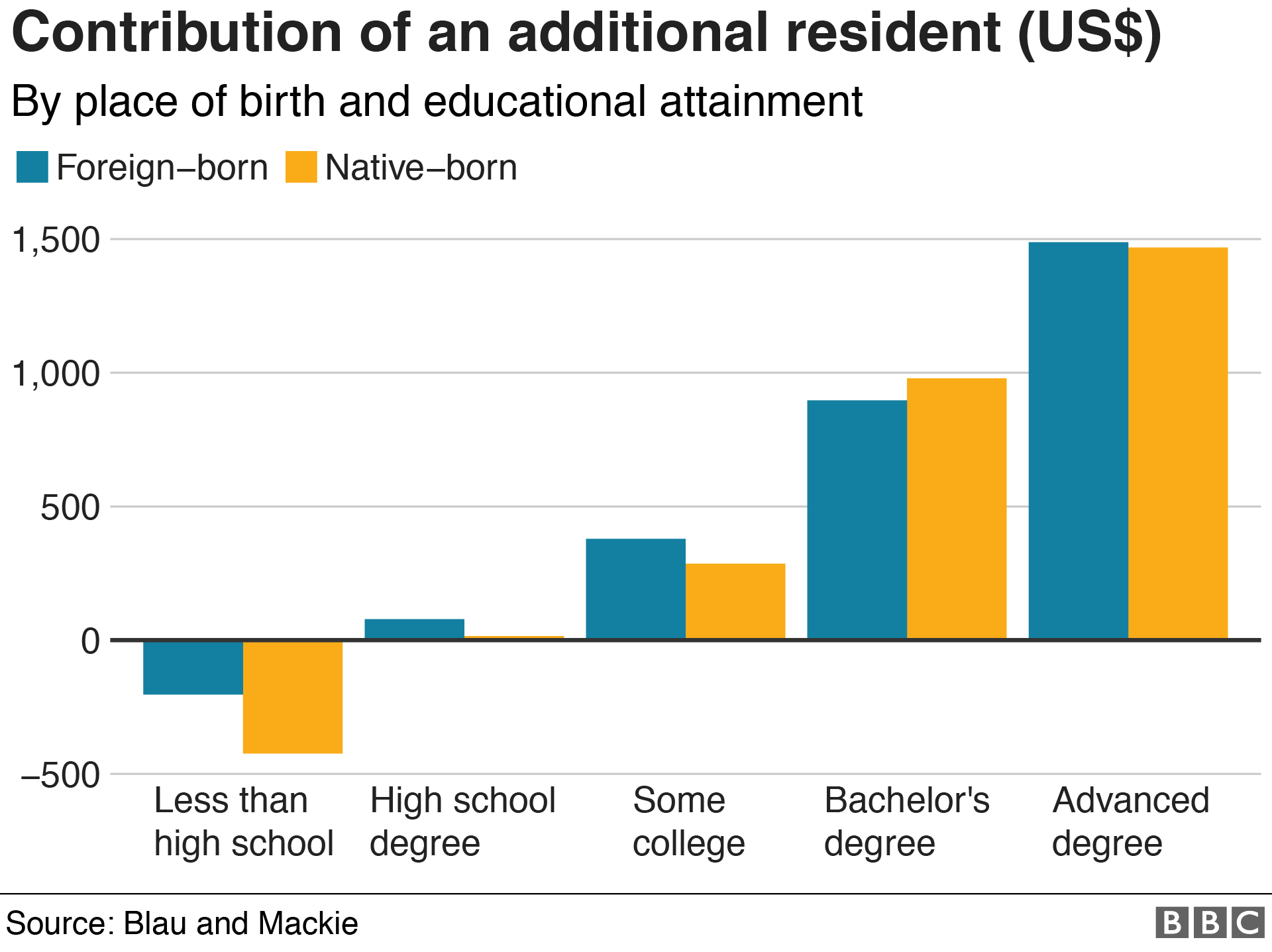 Immigrants also tend to have a positive impact on US finances - paying more in taxes than they receive in government services, when compared with native-born workers.

It is particularly striking that among low-skilled workers, immigrants are more likely to be employed and less likely to receive government benefits than those born in the US.

Since its founding, immigrants have been an integral part of the fabric weaving together the US economy and society writ large.

Understanding who they are and what role they have in the US can help shape the debate around those who make it their home in years to come.

Six charts on the immigrants who call the US home [Kriston McIntosh, Ryan Nunn & Jay Shambaugh/BBC and the Hamilton Project]