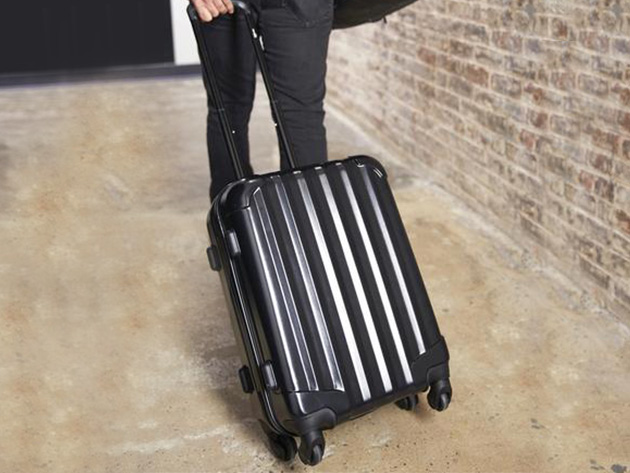 When it comes to travel, Genius is one company that sweats the details. If you've never owned one of their suitcases or carry-on bags, they feature dedicated compartments for everything you could imagine and often incorporate compression technology to fit more of it in there. If you're planning for one last summer trip, here's a nice list of what to pick up for a total luggage upgrade.

This carry-on bag squeaks in under the domestic and international carry-on size requirements, but it's scratch and stain-resistant material makes it lighter than bags half its size (6.2 pounds!). Inside, you'll find perfectly-sized compartments for all your necessities including socks and chargers, plus a separated area for dirty laundry. And with 360-degree spinning wheels, you'll be able to breeze through the airport with ease. Get the Genius Pack Aerial Hardside Carry On Spinner in a variety of styles for $159, a drop off the previous sale price of $199 and more than 45% off retail. You can get it in the below color options:

For a big trip, these packing cubes are a lifesaver in more ways than one. Not only does the stretch-top nylon mesh compress clothes and other items by as much as 60%, but they'll also keep those shirts wrinkle-free in the bargain. You can carry them separately for short jaunts, but the entire set of three will fit neatly into any regular-sized suitcase. The Genius Pack Compression Packing Cubes Set is now $39.99, down 48% from the list price.

The innovation is all on the inside with this slick, minimalist pack. There's a tri-fold compartment for hanging clothes and a separate compressing section for dirty laundry. The mesh construction is durable enough for the outdoors but breathable enough to keep sweat to a minimum. And not only are there snug pockets for laptops and tablets, but there's an integrated GP Charger to keep them juiced up. The Genius Pack Travel Backpack with Integrated Garment Suiter is on sale for $129, 34% off the original price and a drop from the previous cost of $179.99.

This full-size suitcase incorporates Genius' compression technology for dirty laundry, and the entire bag expands by up to 2 inches if you need more space. Every inch of that interior space is organized, with sections for everything from underwear to ID cards. And if you're the forgetful type, there's a packing checklist printed right there in the bag. Previously sale priced at $299.99, the Genius Pack 30" Spinner Upright Suitcase is now $199.99, nearly half off the original cost.