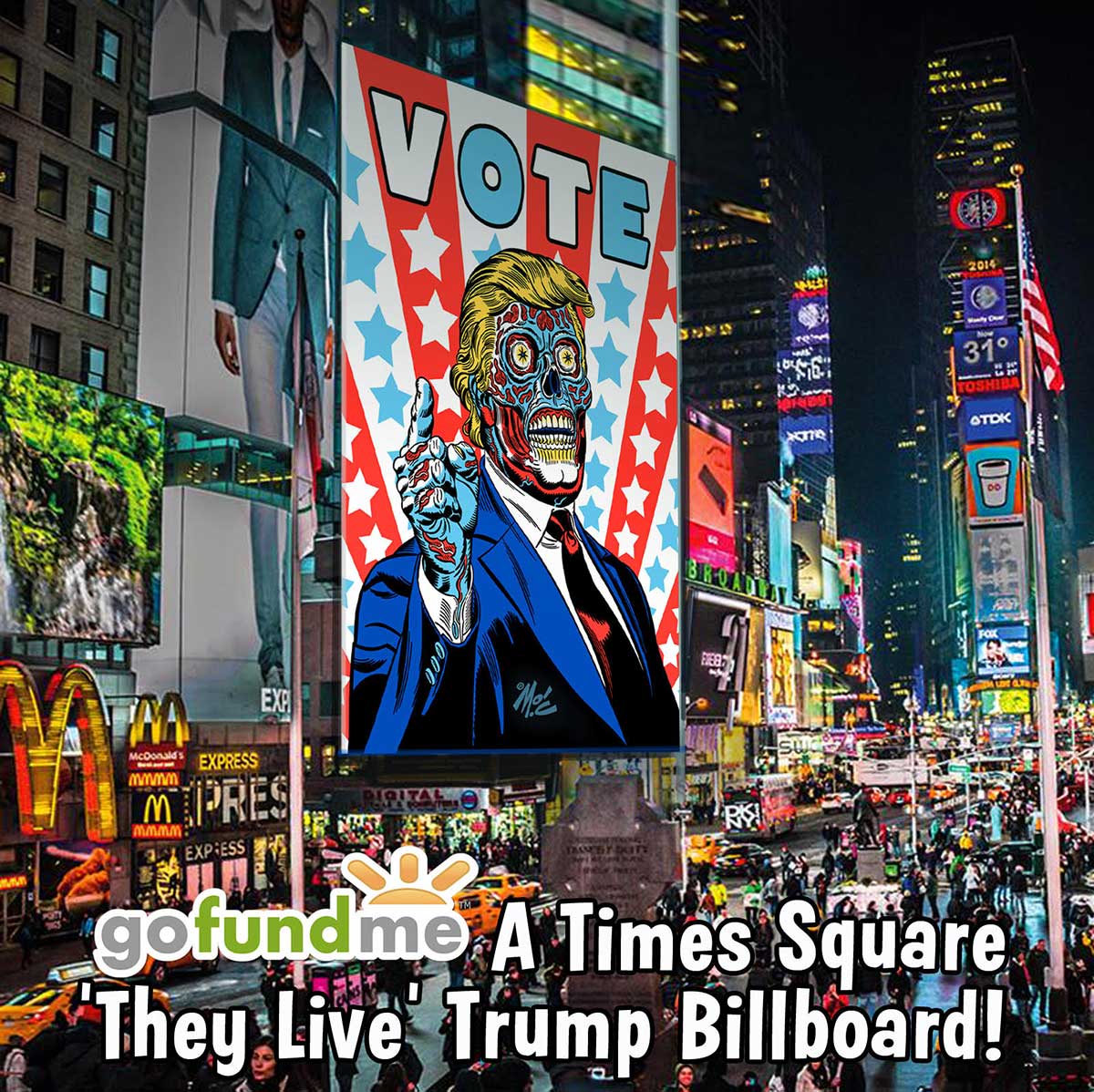 In 2015 my friend, the fabulous artist Mitch O'Connell, created this excellent illustration of Donald Trump as one of the evil aliens from John Carpenter's 1988 science fiction film, They Live. Once Trump became president, Mitch tried to install a billboard with the illustration, but no one in the US would let him. He ended up displaying it in Mexico City, though.

Well, Mitch recently found out that a Times Square billboard company will allow him to display his illustration on a billboard and he's started a gofundme campaign to make this dream a reality. Go, Mitch!

It seems since 2017 New York billboard companies might have loosened up a bit, and as long as I sign one of those fancy lawyer letters that says everything is my fault, they'll take our money and slap the art up on vinyl for the world to see!

If we don't reach the minimum, all money gets returned. I'm only raising the exact amount that we're being charged, no extra cash goes in my pocket.

The more we take in, the bigger and better the billboard, but the only way this is going to happen is if everyone chips in a bit, shares, promotes, and pesters their friends and family. Especially rich friends and family. Sadly, I mostly know artists, and they're always broke.

This time, instead of the "Make America Great Again" tagline on the illustration, I wanted to get a little more proactive, and switched it up to "VOTE!".

Since about $1,000,000,000,000 (rough guess) is spent on political advertising that isn't going to change anyone's mind, why not take a little tiny itty bit of that and at least have fun?!