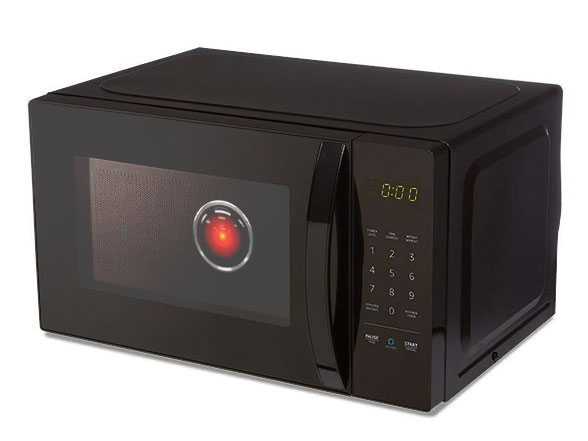 Behold the AmazonBasics Alexa-Equipped Microwave, a $40 item whose low price is belied by the fact everything you say to it is held in contingent perpetuity in an Amazon datacenter. [via]

AmazonBasics Microwave simplifies cooking by letting you microwave using your voice and an Echo device. Just say, “Alexa, reheat one cup of coffee,” and Alexa will start reheating with the appropriate power and time settings. Quick-cook presets mean there’s no need to guess cook times or heat levels when you’re defrosting vegetables or microwaving a potato. Plus, Alexa is always getting smarter and adding new presets.

If you want a cheap 700w mini-microwave from Amazon, this retro Daewoo model is adorable.