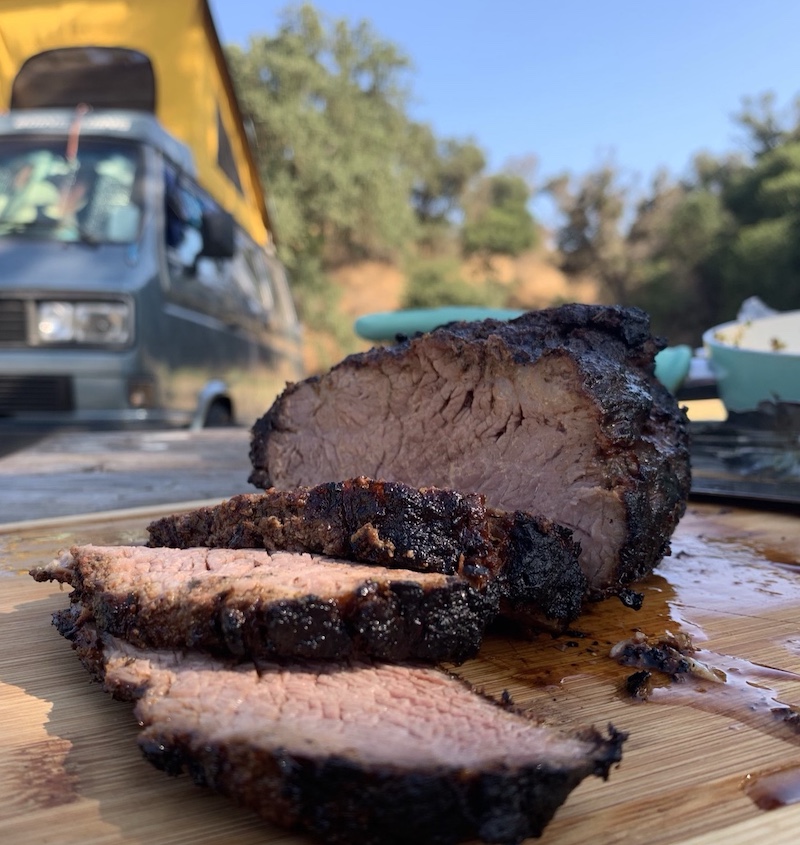 The DynoGlo smoker, however, completely came apart during this smoke. Previously the paint would heat up, run a little, and stick to stuff. This time the paint totally bubbled and started to peel, crack and break. The metal looked a bit fatigued on the inside of the smoker as well. The paint had stuck the bottom vents in place and I had to use a screwdriver to pop them free. Had I needed to adjust them during cooking this would have been impossible. The top vent also would freeze in place due to liquifying and rehardening paint.

I let the Dynoglo go. It was falling apart after 5 uses and declining rapidly. The paint situation is just not tolerable. I am going to get a Weber Smokey Mountain. I want to keep on with this new cooking hobby, even tho I think my days of living in my van and camping on the coast are over for a bit. There are three sizes and I am internally debating which to get. The 14" seems like the best if I were to continue camping, but for entertaining at home the 22" will feed a lot of people.

According to CNN 18% of Wendy’s restaurants in the United States are no longer able to sell hamburgers or other meat-based items because of the national meat shortage. The restaurant chain is focusing it attention on promoting chicken sandwiches, wrote Stephens analyst James Rutherford. CNN asked McDonald’s and Burger King whether they were experiencing shortages, […]