This Irish Setter dog is a good babysitter. Might say they're an Irish Sitter. 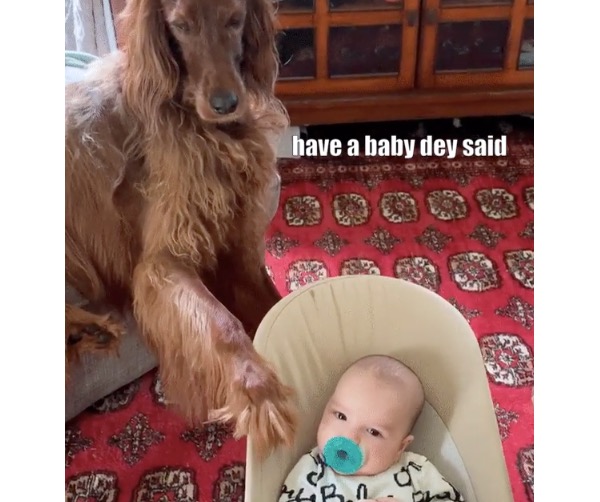 That right there's an #irishsetter #babysitter.