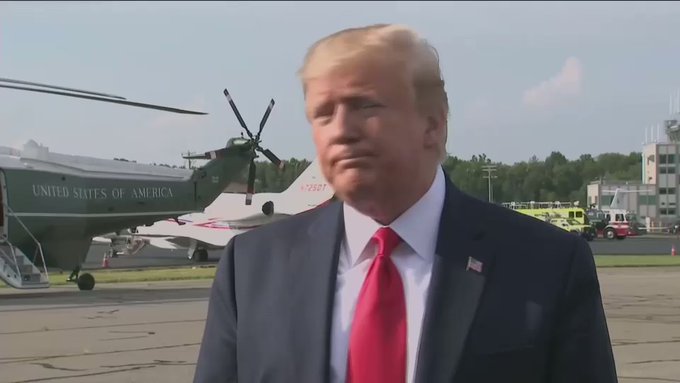 Right out of the Nazi playbook, illegitimate U.S. president Donald Trump today said it's time to put the Lebensunwertes Leben, the useless eaters as Hitler called them, where they belong. In detention centers, along with the refugee children.

Trump: I do want people to remember the words 'mental illness'. These people are mentally ill.. I think we have to start building institutions again.. We can't let these people be on the streets

Trump: I do want people to remember the words 'mental illness'. These people are mentally ill.. I think we have to start building institutions again.. We can't let these people be on the streets pic.twitter.com/t4kBmw00JZ

How dare you put the problem in our country on “lack of institutions” for people with “mental illness” when you won’t even admit our legacy of white supremacy. https://t.co/Ibdj7UPzEO

It's almost like they're trying to expand the groups of people Americans are willing to accept as belonging in prison camps. https://t.co/UxW2dd3SnO

Trump today — over opposition of medical groups, who say he’s wrong and missing the point — again tried to link gun violence to mental illness and called for bringing back mental institutions. pic.twitter.com/NgwyMo2EYP