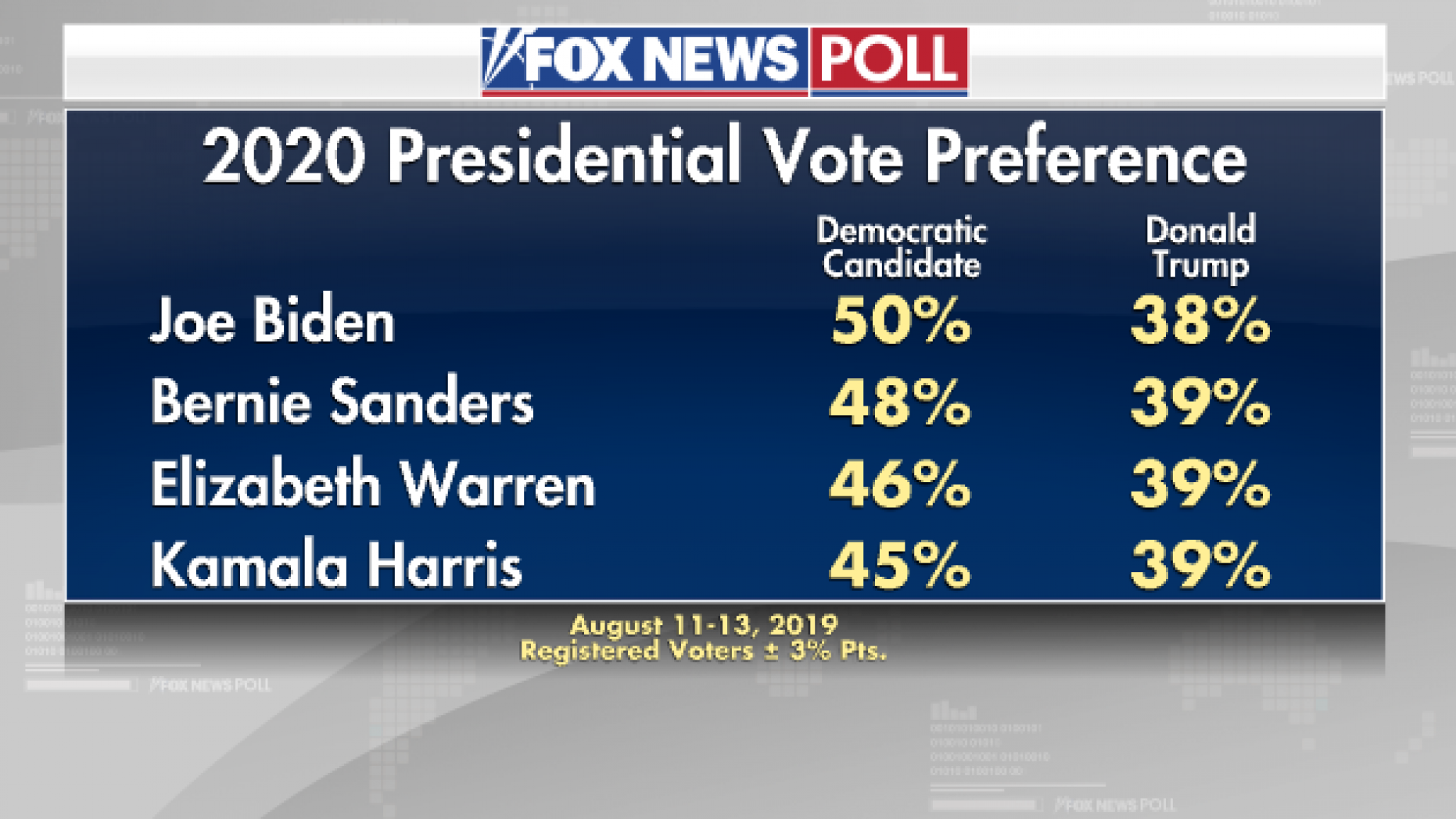 As long as he's only up against one candidate and they don't do anything stupid, Trump would lose to a sausage in 2020. Fox News has him deep underwater against every likely Dem candidate.