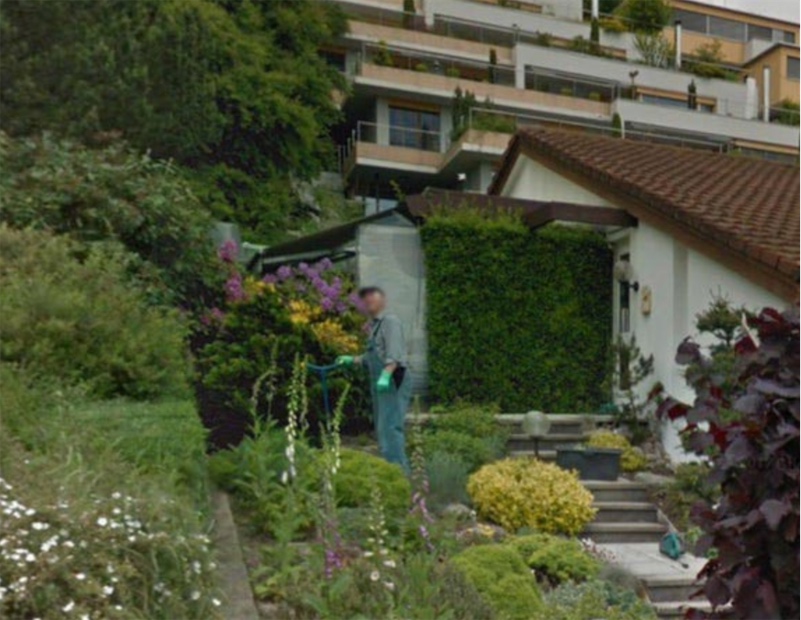 And then sometimes, the ghosts vanish. Bill Frankel wrote a lovely essay at Modern Loss about finding a Google Street View image of his father working in the yard at his home. The photo was taken before Bill and his siblings moved their dad into a retirement community where he died shortly after. From Modern Loss:

(A story I read online) prompted me to go check on my father in the yard, as I had done so many times before (most recently within the past couple of months).

But this time, he was gone. Google had updated the picture.

That fact was more shocking than finding my father there in the first place, some three years earlier. I’m not an emotional person, but this revelation really overwhelmed me with sadness, especially as I broke the news to my wife and my siblings.

As my oldest sister said, being able to check in on Dad in the yard (even virtually) helped mitigate the guilt we felt for taking him out of his element in the first place. It was as if he spent the past few years “at home.”