Shirt at conservative website suspiciously similar to indie artist's design, but with a D on it 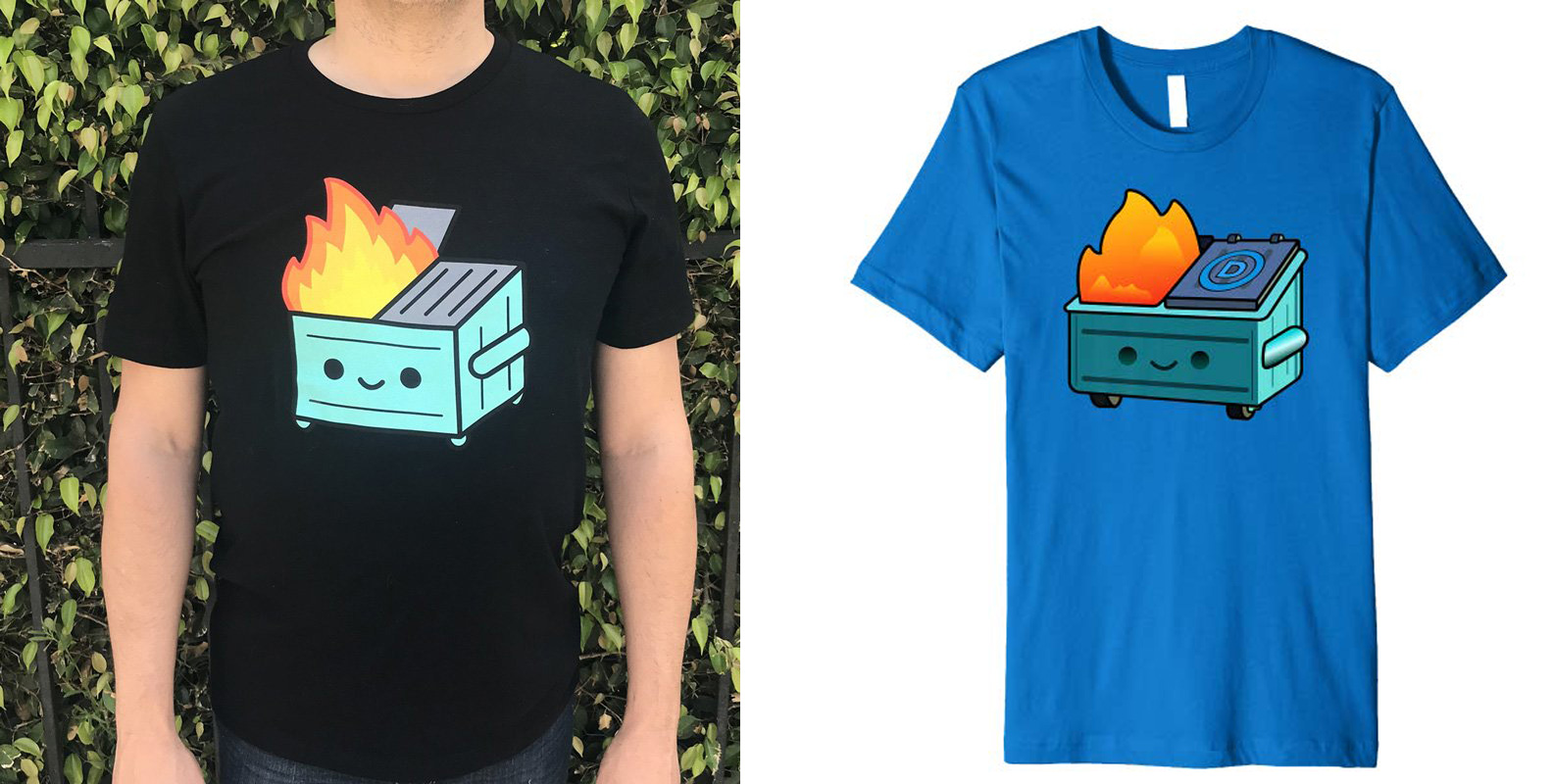 Truck Torrence is an indie artist, creator of the kawaii Dumpster Fire, a classic internet meme image offered as limited-edition pins and toys. Daily Wire is a website founded by right-wing provocateur Ben Shapiro, at whose Amazon store may be found a crude copy of Torrence's design.

And here's a close-up of the Daily Wire clone:

There is one "original" element: it added a "D" to make it about the Democratic Party.

Bad merch happens. It often happens because a media site didn't (and perhaps can't be expected to) look into every item offered on co-branded online stores hosted by third parties such as Amazon.

Daily Wire, however, appears to have played a role in designing and promoting the plagiarized shirt, so it would be nice if it explained how it came to be in that position.

Conservative media is more vulnerable to sourcing failures because of the movement's growing dependence on memes, grifters and liars for content; see also the "x days since we published a hoax" flipchart at the Quillette offices.