Save $45 on this wireless charging sonic toothbrush kit 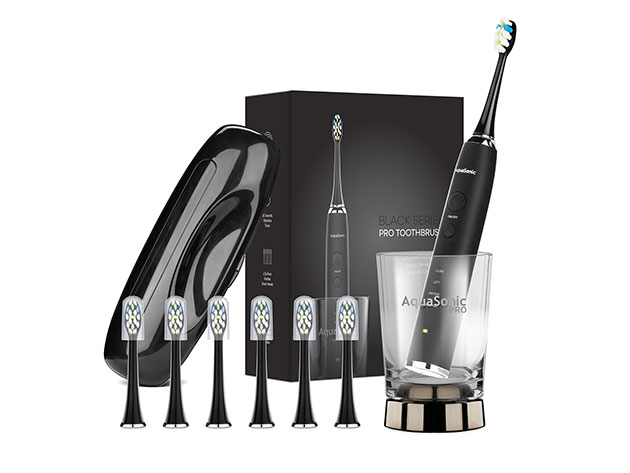 Want to keep the dentist away? A little tooth care at morning and night isn't bad, but it won't keep the stains from smoking or fried foods at bay for long. If you enjoy your food and want to avoid the consequences, an upgrade from that old analog toothbrush can make a huge difference.

The brush packs 40,000 vibrations per minute, which might be a little intimidating if you've never tried an ultrasonic brush. Luckily, you can ease in with a soft mode for gentle cleaning. There are four modes in all, including a massage setting for gum care.

When you're done, the space-saving rinse cup doubles as a wireless charger for the lithium-ion battery. And the entire setup is good to go for vacations, thanks to a travel case that holds two extra brushes.