Finding Pennywise the Clown in your backyard is serious business 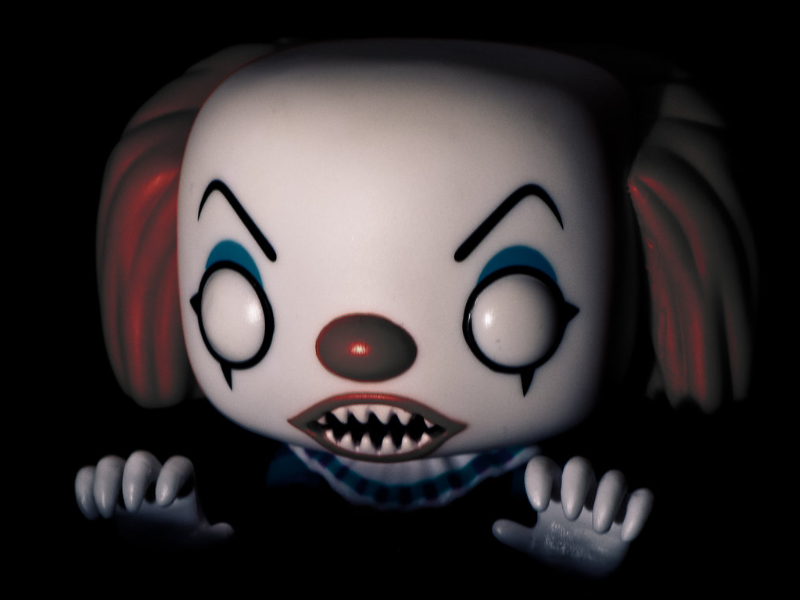 There are few things finer in life than plopping down on a hot summer day in your backyard, wobbly pop in hand, with a few friends and loved ones. Roasting in the heat as a soft breeze licks the sweat away from your skin, your beverage slides ice-cold down your throat. Someone tells a joke as the burgers flip on the grill, sending up a tower of greasy pillar of fire into the heavens.

And then, the existential dread kicks in.

Renee Jensen was enjoying the summer in her Harrington Park backyard on Saturday with her boyfriend, Alex, when she spotted something near the side gate.

The object appeared to be airborne, headed straight for the yard.

“Did a freaking bird die in midair or something?” she thought, going over to see what it was.

Looking down at the object, she jumped back.

It was Pennywise the clown. Albeit, a stout, cartoon version of the murderous clown from “It,” but Pennywise nonetheless. The plush character’s mouth was reddened with fake “blood.”

“It came at an angle and I just watched this thing, it didn’t hit a single tree and went straight over, just cleared the gate and hit the pine branches and hit the ground," says Jensen, 42, still a bit shaken from the incident.

She only has one neighbor in the vicinity, and they were not around at the time little Pennywise entered the yard.

So, as one does, Jensen lost every last bit of her shit.

Jensen captured Pennywise and, after much soul searching, decided to pick up the phone and to call the report the helium-filled holy terror's trespassing to the police. Whether out of bemusement, horror or the fact that interacting with Pennywise would have generated a whole lot of paperwork, the cops that arrived on scene refused to do anything with the balloon. Instead they recommended that Jensen deal with it herself.

She decided to set fire to it.

No dice: a lot of balloons are treated with a flame-retardent to make 'em safe to use around birthday candles and such. There was writing on the clown's forehead. According to NJ.com, Jensen thought that it looked "occult". She needed it gone. Jensen attempted to burn the balloon again. This time around, she doused the thing in olive oil and let a fire under it. Pennywise was reduced to ashes. That night, Jensen claims that she slept with her bedroom door locked with a knife at the ready.

While there's a chance that this was all done for likes, or a bit of viral publicity for the second IT movie, which drops in a few weeks, you can't beat the entertainment value of such high-quality lunacy.

Image via Flickr, courtesy of Holley And Chris Melton