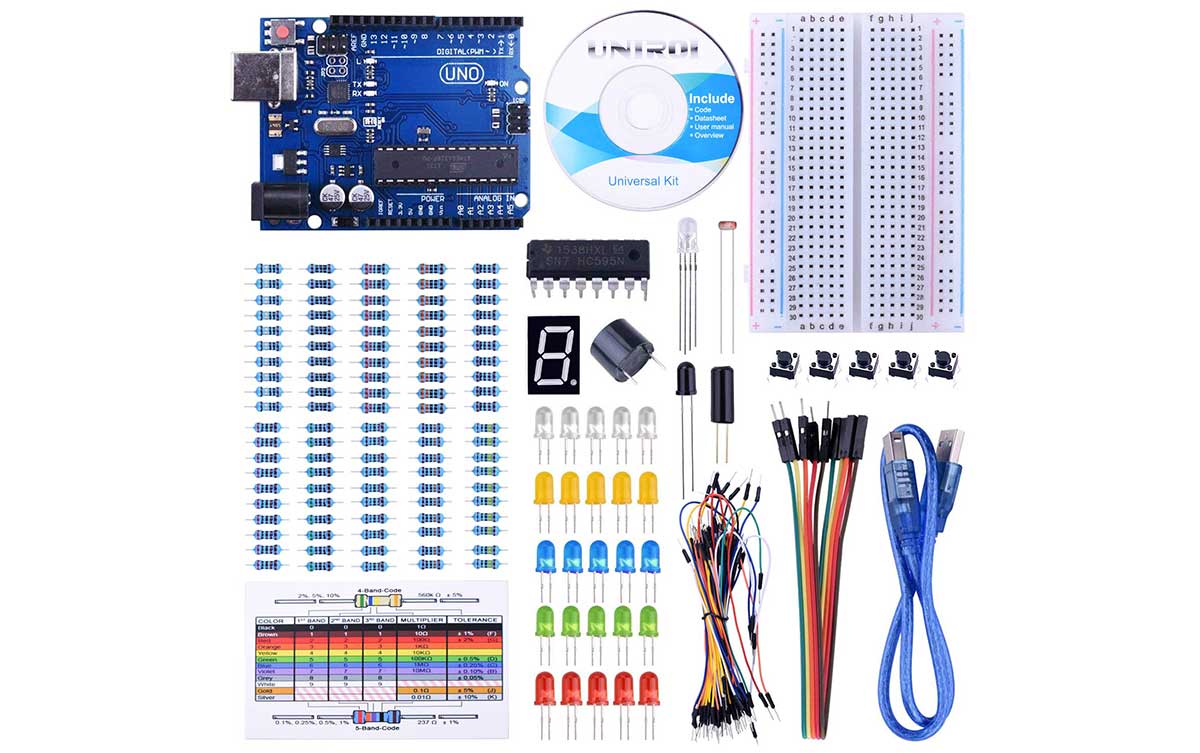 This is the least expensive Arduino-clone starter kit I've seen. It's just

$15.99 on Amazon, and comes with an Arduino Uno clone, a solderless breadboard, resistors, LEDs, jumper wires, pushbuttons, and a lot more.

If you need to learn how to use an Arduino, may I recommend my Skillshare video class? If you sign up here you can get 3 months of Skillshare videos for 99 cents. Skillshare has thousands of great videos to teach you about programming, art, animation and more. I've been a happy paying subscriber for years.