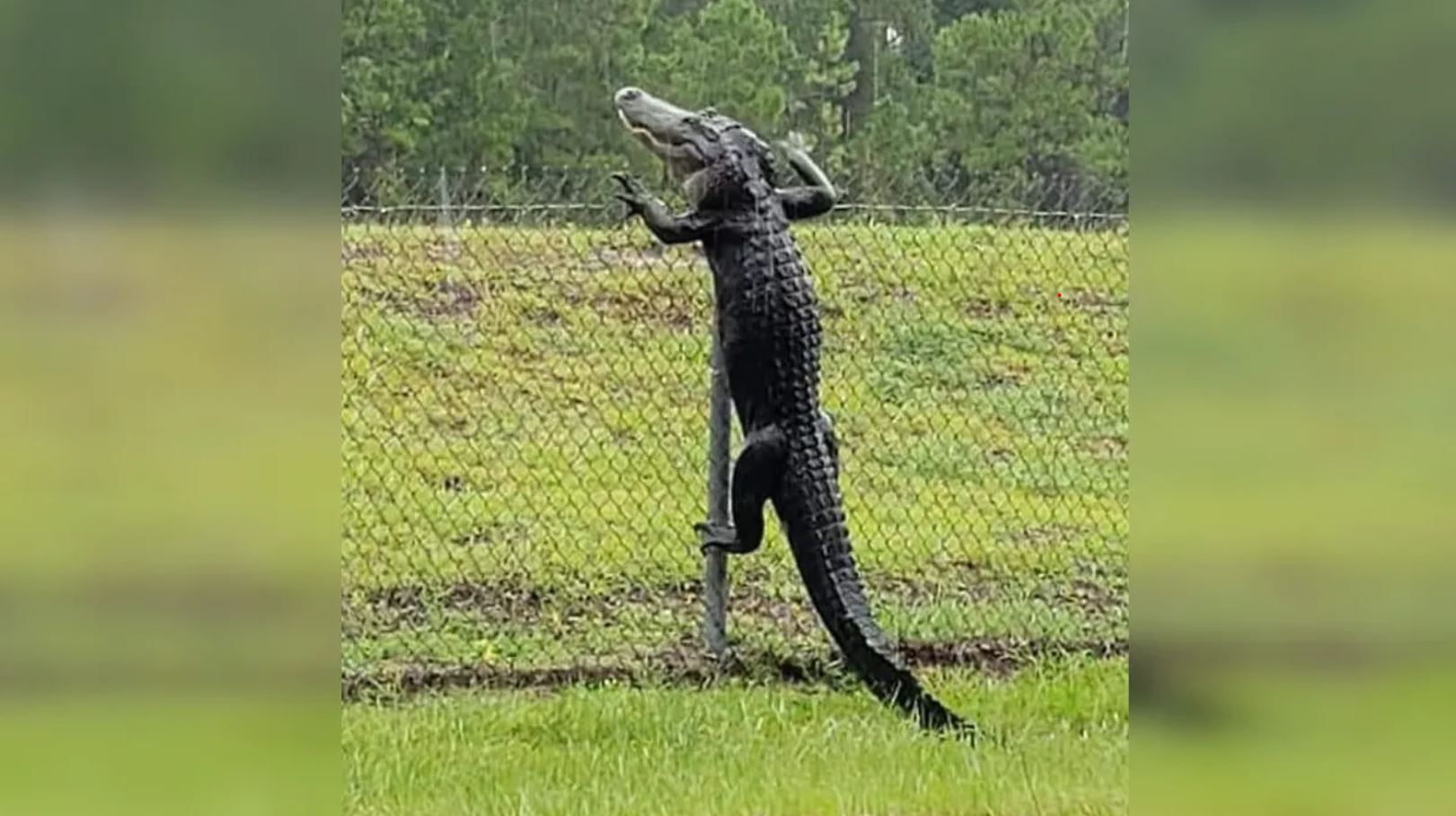 An alligator scaled a fence "effortlessly" at Air Station Jacksonville in Florida, and it was all caught on video.

Christina Stewart stopped to film the gator claw its way up a fence before belly-flopping onto the grass and continuing on its way. Officials with NAS Jacksonville said they don't plan on removing the alligator from the base unless he poses a danger to residents.