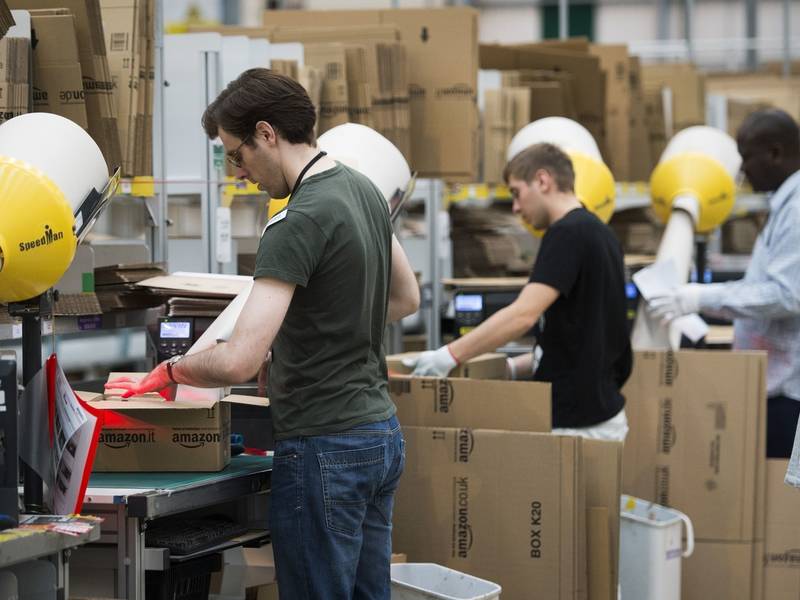 In an apparent attempt to soften criticism of its business practices under President Donald Trump, Amazon is offering lawmakers private tours of its giant warehouses.

The Washington Post reports today that over 560 federal, state and local policymakers and their staffs have visited warehouses in 2019, as President Trump and several Democratic would-be rivals dunk on the retailer’s tactics.

Each visit to a business in our state is a great reminder: Tennessee is a fantastic place to do business! It was great to tour the @amazon fulfillment center today in Chattanooga. #AmazonFCTours pic.twitter.com/PE58aDfc8m

From The Washington Post -- which, by the way, is owned by Amazon CEO and founder Jeff Bezos:

For years, critics have accused the company of underpaying and overworking warehouse employees. In the United States, Amazon employs about 250,000 typically hourly workers, many of whom perform strenuous and mundane jobs such as walking many miles a day, picking items off shelves or packing up boxes. In response, the online retail giant has started a campaign to try to turn the tide — particularly as regulators take a closer look at the company for possible abuse of power.

The efforts, though, haven’t seemed to tone down the political rhetoric.

The company unleashed a squad of warehouse workers on Twitter about a year ago to rebut the narrative of harsh working conditions. “FC Ambassadors,” who have written that they tweet during their shifts, have opposed unionization efforts, and one even noted that he can “use a real bathroom when I want.” Some of the tweets have been ridiculed on social media for their bot-like responses.

Amazon also caught heat last year when raising its minimum wage to $15 an hour — after facing criticism from politicians and others for low pay — included plans to take away some bonuses and stock grants for warehouse workers.