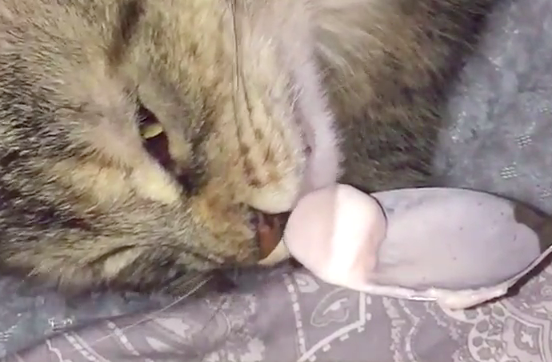 Look at this cute kitty getting a little taste of ice cream on a spoon from her human. Not an every day thing, but it's okay as a fancy once-in-a-while.

“This is Hallie,” says IMGURian DOWNVOTEALLEMOJIS, who adopted her.

“Named because we found her abandoned on a Halliburton well site in the dead of winter.”

“Kept her warm in the diesel truck and fed her cans of tuna.”

What kind of ice cream?

Oh, this gets me right in the feels.