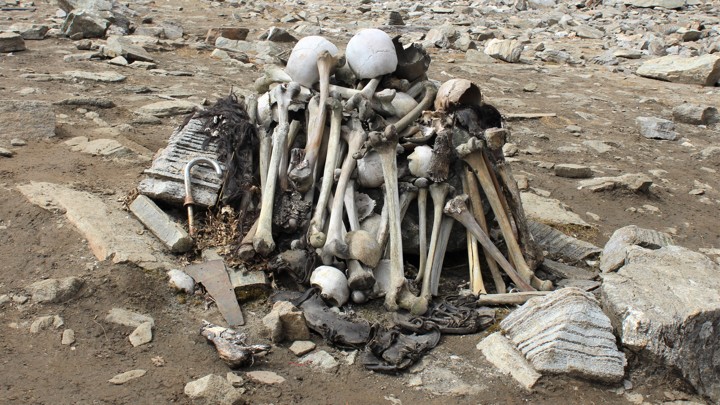 Skeleton Lake is so named for the hundreds of skeletons found there, a spooky tableux high in a Himalayan pass. It was believed that the 500 or so dead were killed by a freak hailstorm, but a new study reportedly rebunks that hypothesis. It's more mysterious than ever.

In a new study published today in Nature Communications, an international team of more than two dozen archaeologists, geneticists, and other specialists dated and analyzed the DNA from the bones of 37 individuals found at Roopkund. They were able to suss out new details about these people, but if anything, their findings make the story of this place even more complex. The team determined that the majority of the deceased indeed died 1,000 or so years ago, but not simultaneously. And a few died much more recently, likely in the early 1800s. Stranger still, the skeletons’ genetic makeup is more typical of Mediterranean heritage than South Asian.

“It may be even more of a mystery than before,” says David Reich, a geneticist at Harvard and one of the senior authors of the new paper. “It was unbelievable, because the type of ancestry we find in about a third of the individuals is so unusual for this part of the world.”