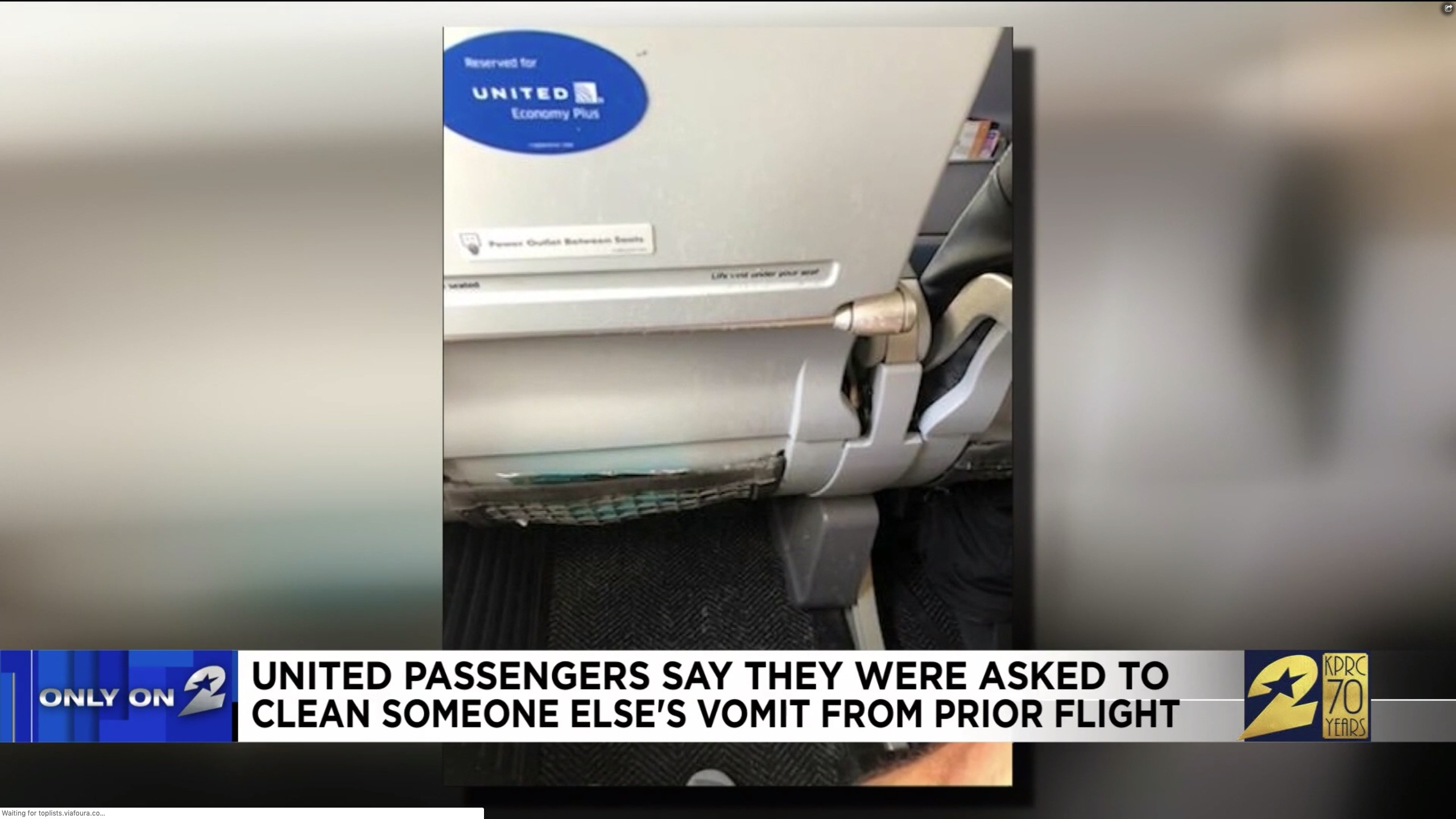 Sam Trail says he and his wife boarded a United Airlines plane only to discover that their seats had been vomited on by a previous passenger. They say that when they alerted a crew member, they were given a wad of paper towels and warned that they would be blamed for a departure delay if they insisted on having the seats cleaned by a cleaning crew.

Sam Trail, of Houston, said he and his wife were forced to sit in a seat with fresh vomit on the back, of the seat in front of them, the floor and the seat itself.

"The seat in front of me was covered with vomit," Trail said. "They kept boarding the people and so we couldn't move. We basically had our luggage in our laps trying to avoid contact with the vomit."

Eventually a person came on board with a spray bottle and paper towels and cleaned up some of the vomit.