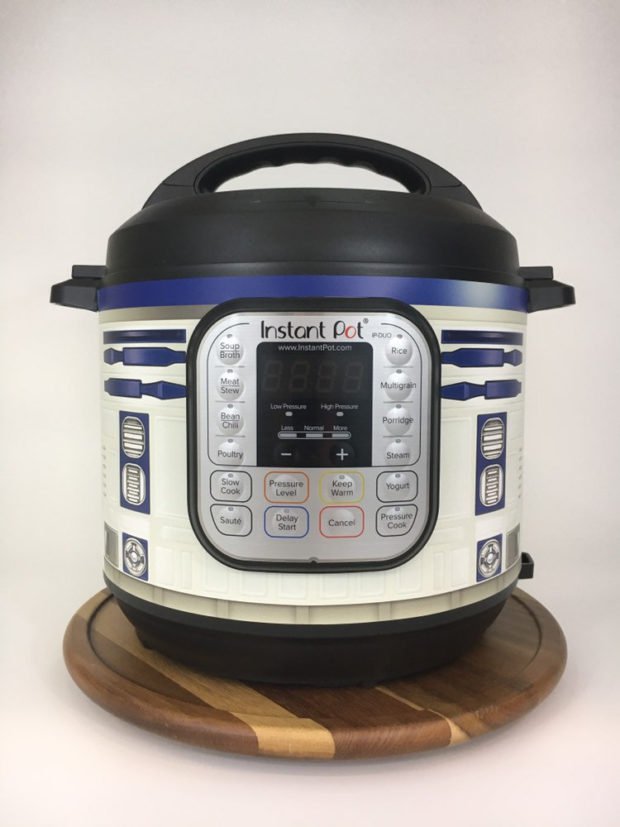 Everyone these days seems to have one of those fancy programmable pressure cookers known as the Instant Pot (IP). Now I've learned that people are decorating their IP's stainless steel exterior with decorating decals and wraps. In fact, over on Etsy, there are whole shops dedicated to beautifying your IP. One shop, in particular, has a magnetic, easily-removable wrap that will make your IP look like R2-D2. If this is your jam, head over to InstantWraps to get one. They offer them in a variety of IP sizes with prices starting at $11.