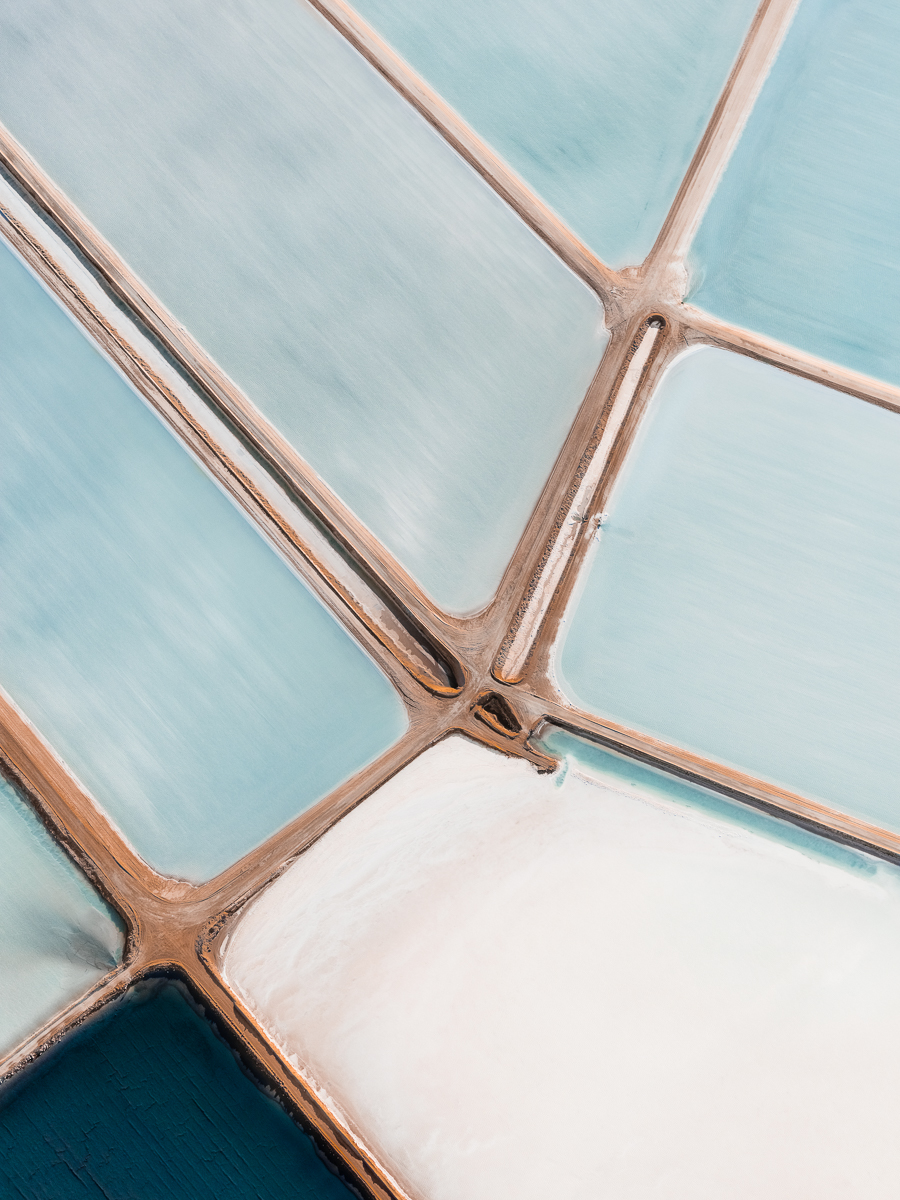 Tom Hegen (previously) is a photographer who specializes in aerial photography of landscapes, often with a focus on mass industrial activity that reshapes the natural world. His latest work is a series of photos of sea-salt production flats, where seawater is flowed into huge ponds to evaporate.

During the process, bacteria forms and changes the color of the ponds -- and seen from above through Hegen's lens, they look like super weird organic Mondrian paintings. It definitely makes you ponder anew how we meatbag humans terraform the planet, as Hegen notes in this interview with Fubiz:

I am interested in the concept of the Anthropocene. It is a term used by scientists suggesting that humans, in the recent centuries, have become one of the most important factors influencing the biological, geological and atmospheric processes on Earth. Some of the most significant changes in the Anthropocene include climate change, the ozone hole in the Antarctic, rapidly rising sea levels, and landscape changes caused by river shifts or the degradation of raw materials.

In my photography, I explore the origin and scale of that idea to understand the dimensions of humans' intervention in natural spaces and to direct attention toward how we can take responsibility. There are many untold stories on this subject, and I would like to keep the focus on the overall topic of the relationship between people and nature.

(Thanks to Tom Hegen for permission to use his images here)