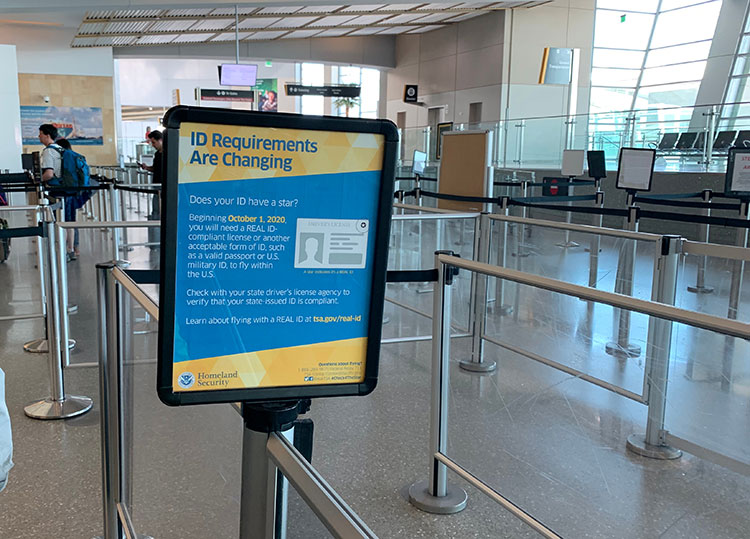 Beginning in October, 2020, the U.S. Transportation and Security Administration says it will require travelers to have a “gold star” on their ID in order to fly.

The “gold stars” are displayed on identification cards that comply with the REAL ID system. Starting this month, TSA is rolling out PSAs to remind Americans the deadline is coming up for swapping their old ID cards for a REAL ID compliant card.

After October 1, 2020, you will not be able to board a commercial airline flight in the United States without a REAL ID or alternative identification the TSA decides it will accept.

"We want the public to make sure they're aware. It's just another layer of security," Tomas Cuellar, TSA transportation safety manager, told CBS News:

Congress passed the REAL ID Act into law in 2005 following a recommendation from the 9/11 Commission, setting national security standards for state drivers licenses and IDs. Enforcement of those requirements, however, has repeatedly been delayed. REAL IDs require state applicants to submit paperwork to prove who they are and their established residence in the U.S. TSA Administrator David Pekoske said the move to REAL ID will "dramatically improve commercial aviation security."

REAL ID-compliant cards are generally marked with a star symbol located in the upper portion of the card. Some areas will have state-specific stars for their REAL IDs so looks may differ from state to state.

Most states have already begun issuing ID cards under REAL ID requirements. Four states — Oregon, Oklahoma, New Jersey and Maine — have extensions and are expected to be in compliance later this year.