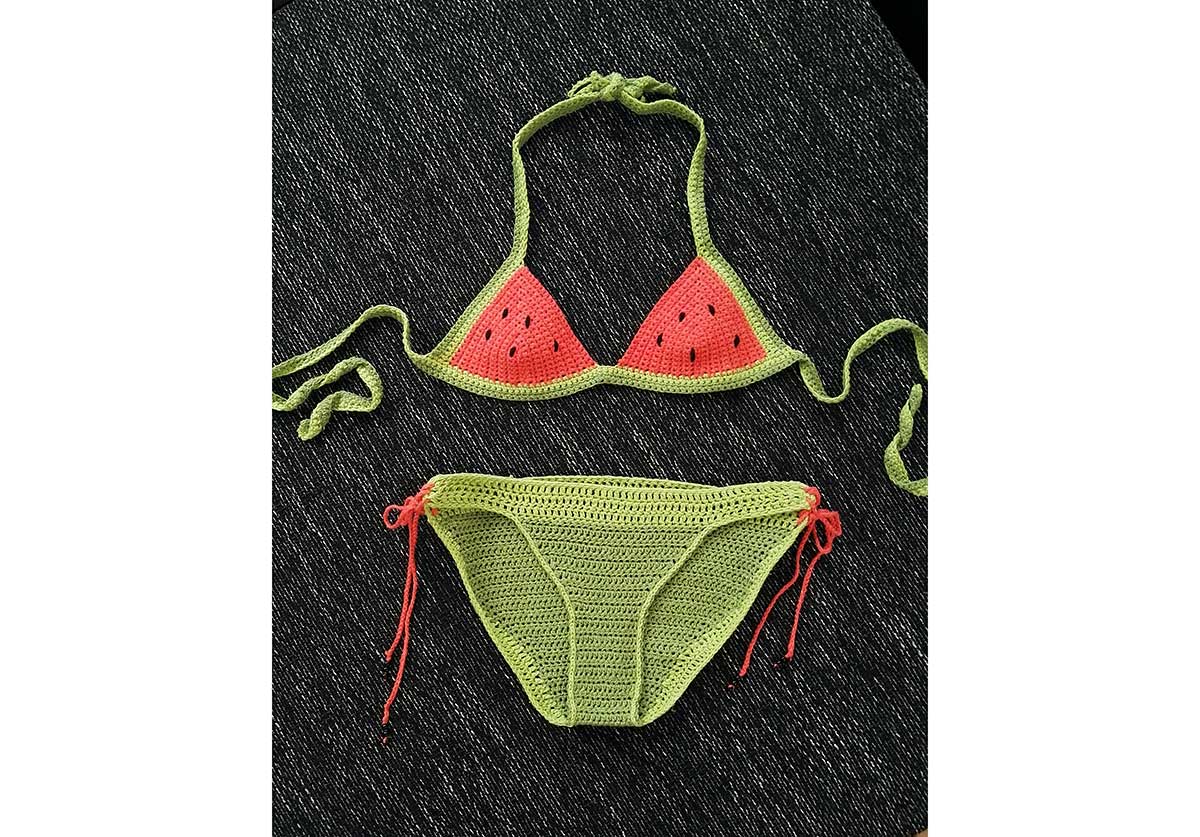 Surprisingly, bikinis with a watermelon theme are a thing. I think IsneakSush1ToBed's hand-crocheted melonkini is the best of the crop, though.