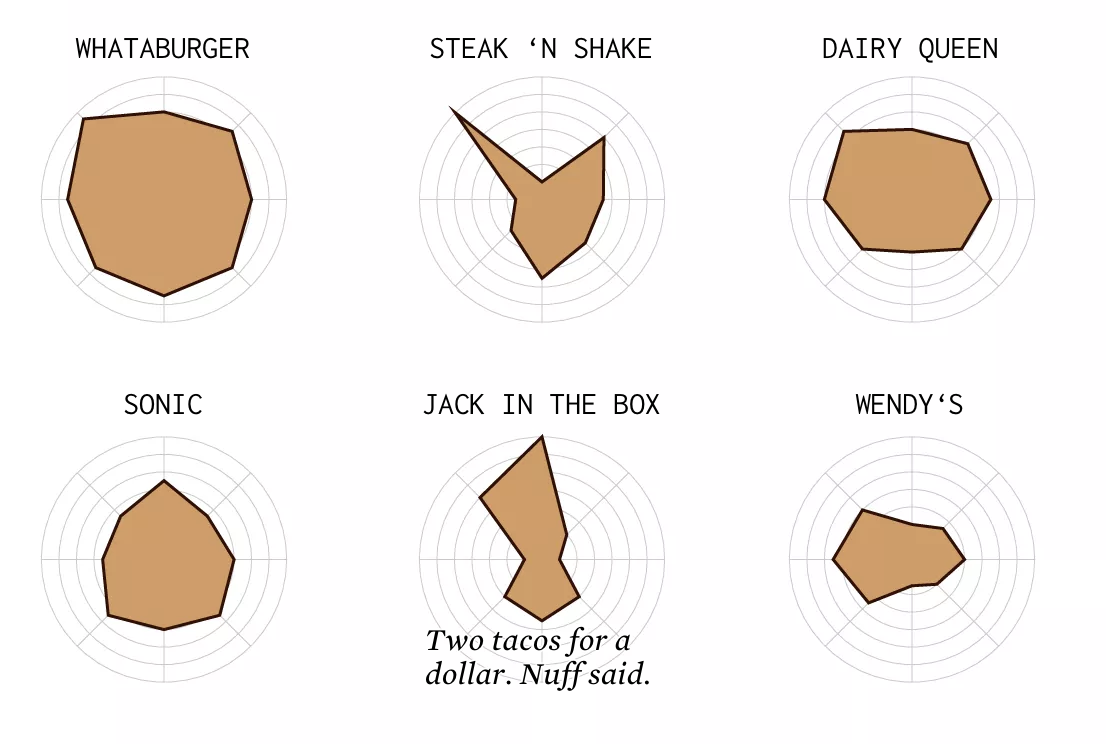 The market-research firm Market Force Information surveyed 7,600 people to find out which burger chains the liked the most and least, ranking them by eight attributes, like "food quality", "speed service" and "staff friendliness".

Over at Flowing Data, Nathan Yau took that info and charted it out in a superb dataviz:

What's interesting here isn't just the burger info. What's fun is noticing how beautifully Yau's dataviz here takes eight tables of data -- hard to look at, hard to spot patterns in (you can see the original tables here) -- and transforms it into something that tells a story at a glance: The customer approval for chains like In-N-Out and Whatabuger are pretty well-rounded, while people seem to have only one big thing they like about chains like Steak 'N Shake (value for the money) or Jack in the Box (speed of service.)

Yau's stuff is always good, but this one is a particularly nice object-lesson in the value of well-done data visualization.

I need a theory of semantics that accounts for this pic.twitter.com/PQjKV0bSSO — Joshua Raclaw (@joshraclaw) February 28, 2020 Ignore the fact that only 9 percent of the items on the Fish and Chips menu here include both fish and chips, I’m still trying to figure out the costs. Chips seem to add £1.90 to every other Fish […]