Bring the big screen anywhere with this pocket-projector 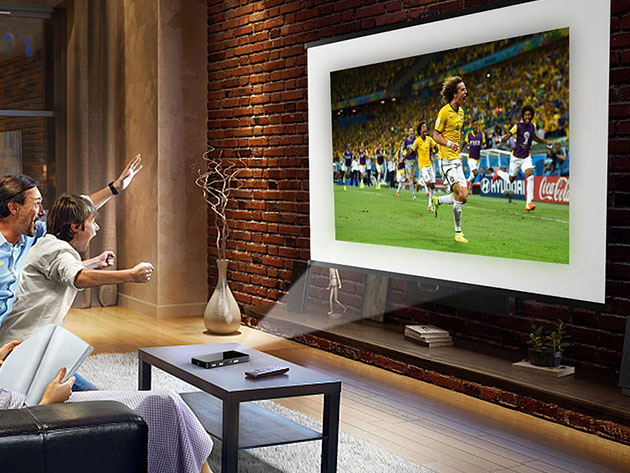 The weather is settling right into the pocket for an outdoor movie night, so it's worth spotlighting one of the best - and smallest - projectors around: The Prima 1080p HD Pocket Projector.

Even if the performance was sub-par (and it's not), this gadget would be notable just for how portable and easy it makes the big-screen viewing experience. The Prima 1080p is almost exactly the size of an iPhone 7s Plus, so you can bring it virtually anywhere.

What's more, you can still use it with media players of all types. It has connection ports for HDMI, USB or Micro SD, which covers everything from smartphones to DVD players to Fire Sticks. You can even go wireless and connect via Bluetooth or WiFi. If all that isn't enough, the Prima can serve as its own player. Just hop onto the Google Play Store, download an app and stream away.

Once you're set-up, you'll find this pocket-sized unit can project a  sharp, HD-quality image up to 200" wide (or down to 30", if you just need a personal viewer). Can't find a screen? Make your own. The 200-lumen LED light source is 400% brighter than comparable projectors, which means you'll be able to see things clearly on most any surface, day or night. Tweak the placement with a simple, streamlined interface and a keystone angle that can be adjusted 40 degrees up or down horizontally.

Audio can be run through a Bluetooth or other compatible speaker, or you can just use the Prima's own hi-fi speakers. The whole thing is good for up to 3 hours of video or 30 hours of audio, thanks to an impressive rechargeable battery.