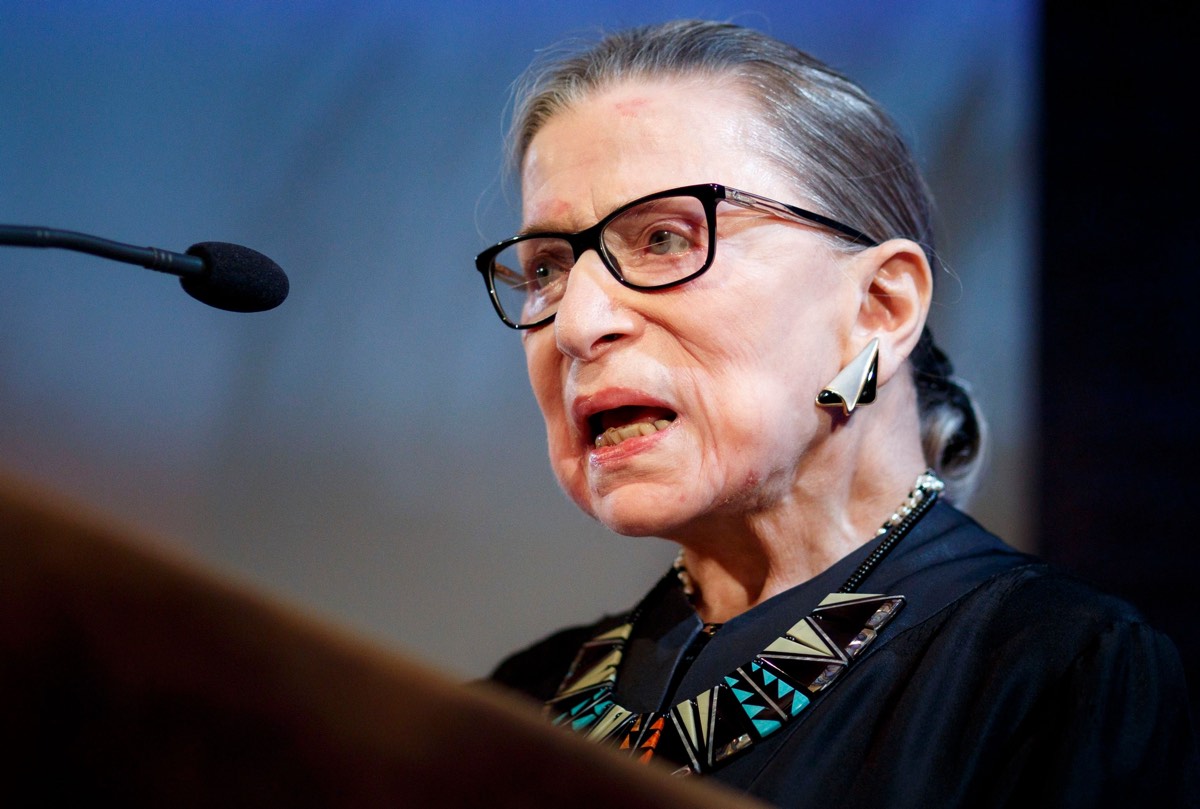 • RBG was treated for cancer at Sloan-Kettering.
• Disease activity found on her pancreas.
• Further tests showed no evidence of disease elsewhere in her body.

A statement from the court said that RBG's radiation therapy was conducted on an outpatient basis starting on August 5, shortly after a localized cancerous tumor was found on her pancreas. The treatment included the insertion of a stent in Ginsburg's bile duct.

"Justice Ruth Bader Ginsburg today completed a three-week course of stereotactic ablative radiation therapy at Memorial Sloan Kettering Cancer Center in New York City," a statement from the Supreme Court read. "The focused radiation treatment began on August 5 and was administered on an outpatient basis to treat a tumor on her pancreas. The abnormality was first detected after a routine blood test in early July, and a biopsy performed on July 31 at Sloan Kettering confirmed a localized malignant tumor.

"As part of her treatment, a bile duct stent was placed. The Justice tolerated treatment well. She cancelled her annual summer visit to Santa Fe, but has otherwise maintained an active schedule. The tumor was treated definitively and there is no evidence of disease elsewhere in the body. Justice Ginsburg will continue to have periodic blood tests and scans. No further treatment is needed at this time."

Doctors at Sloan Kettering said further tests showed no evidence of disease elsewhere in the body. The treatment comes just months after Ginsburg was operated on for lung cancer last December. The 86-year-old justice has been treated for cancer in various forms over the past 20 years.

The Supreme Court's statement refers to a "stereotactic ablative radiation." Dr. Timothy Cannon, a gastrointestinal oncology specialist at Inova Schar Cancer Institute in Virginia who was not involved in Ginsburg's treatment, said, "That is the cutting-edge new cancer treatment, but it is not a cure for a pancreatic mass."

The statement from the court does not say what type of tumor it is. "The mystery is what kind of cancer this is," Cannon said. "Is it a slow-growing metastases of her lung cancer? Is it a recurrence of her pancreatic cancer from 10 years ago or is it a new cancer in someone predisposed to getting cancer?"