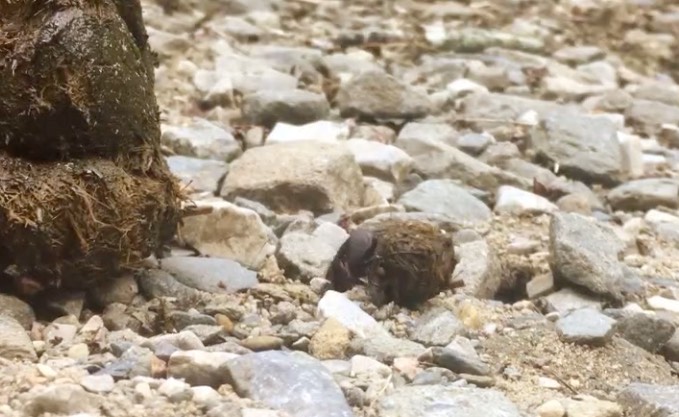 Dung beetles, also known as tumblebugs, move the balls of dung around as part of their birthing process. Nature is weird.

It’s like they always say: “When life gives you crap……

….roll it into a ball, lay an egg inside it, bury it, and use it to nourish your offspring!”

At least, that’s what dung beetles and tumblebugs do. This tumblebug (Canthon sp.) is one of the many beetles found in the Smokies that relies on animal scat to complete its life cycle. The female tumblebug will lay only one egg inside each ball of dung, allowing the developing larvae to have all the resources they need without having to compete with their siblings. The male will help bury the balls of dung in the ground for safe keeping. Dung beetles and tumblebugs do us a great service by keeping the trails clean and aiding in decomposition!

IMAGE [Photographer: Nelson Goodman] A dung beetle rolls a ball of dung across a trail.