Dog is seriously freaked out by this duck 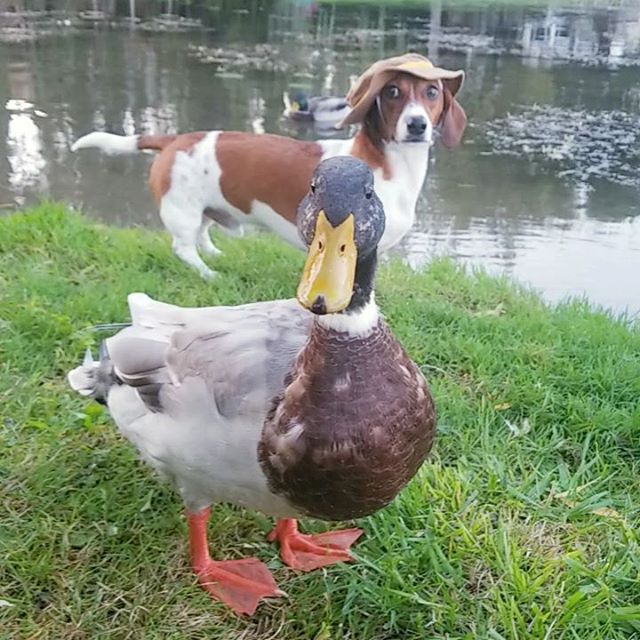 When you say you're super into the great outdoors and nature and -- something weird shows up.