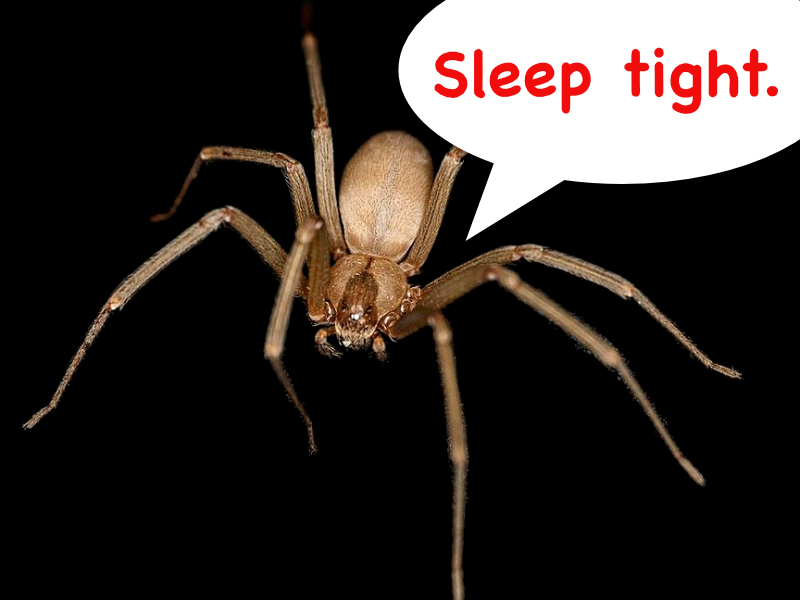 Allergies. A sinus infection. Neglecting to swallow often enough as the plane your riding in depends towards your final destination. A head cold. There's hundreds of reasons why your ears might be too plugged up to hear anything but the sounds of your throat taking a swallow or the beating of your heart.

Here's another fabulous cause.

A not so itsy, bitsy spider not found on a waterspout. Instead, doctors removed a brown recluse spider from the ear of Susie Torres.

Torres, who despises the creepy, crawly arachnids, said she first noticed some discomfort in her ear Tuesday morning.

"I woke up Tuesday hearing a bunch of swooshing and water in my left ear. It was like when you went swimming and you have all of that water in your ear," Torres said.

At first, she just thought it was the effects of an allergy shot. But when she went to get her ears checked out, it turned out to be much more.

"The medical assistant came to check me out, and she`s the one who noticed it," she said.

With the help of a few tools and a bit of magic, doctors removed a dime-sized brown recluse spider from her ear.

Somehow, the medical staff on duty, managed to extract the dangerous spider from Torres' head without the thing injecting her full of venom. That's fabulous news, considering the fact that the bite of a brown recluse spider can turn flesh necrotic leading to large areas around the bite needing to be amputated or, you know, death.

According to Fox Kansas City, Torres now sleeps with cotton balls in her ears. Can't say I blame her.