The Education of Louis: The Last Action Figures 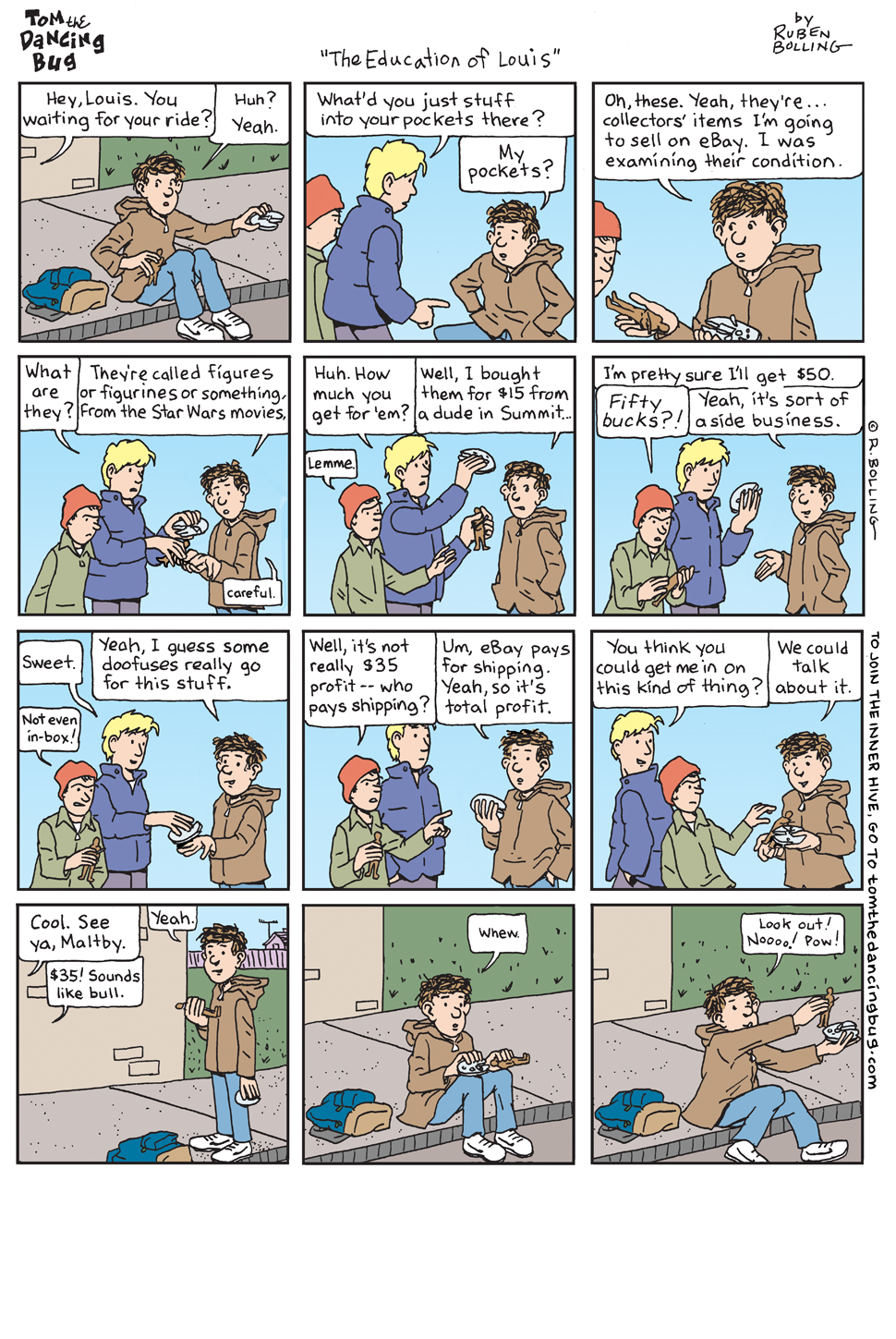 Tom the Dancing Bug, IN WHICH Louis of Earth must think fast to keep secret the ways of the Star Wars