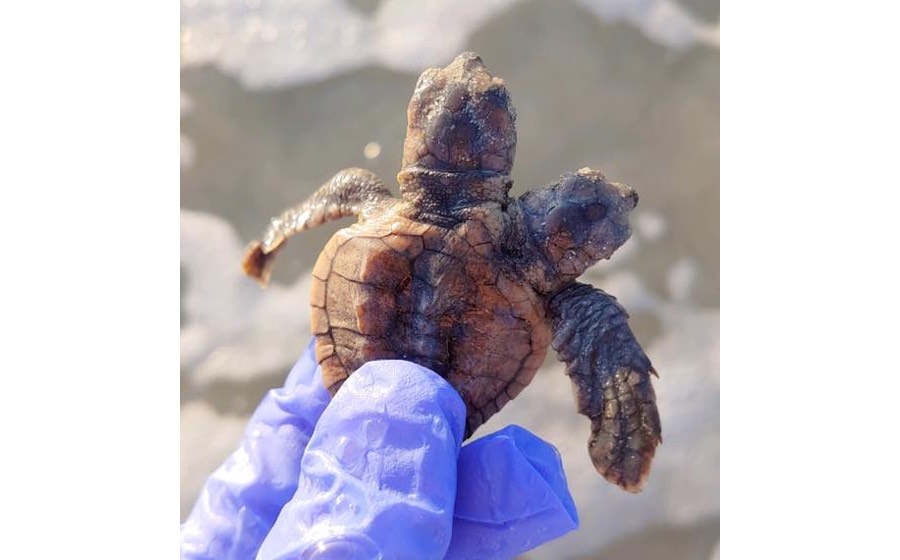 Sea Turtle Patrol Hilton Head Island reported that they found the hatchling alive on Tuesday, and released the little turtle baby into the ocean.

Marine biologist Amber Kuehn, who is the leader of Sea Turtle Patrol Hilton Head Island, says the second head on the turtle was caused by a genetic mutation.

The turtle has been named Squirt and Crush.

We thought we had seen it all during this very busy season on Sea Turtle Patrol! Yesterday on patrol during a nest inventory this bicephalic hatchling was discovered. This mutation is more common in reptiles than in other animals but it is still very rare. As with other live hatchlings found during a nest inventory, this hatchling was released to the ocean. Good luck to Squirt and Crush!

Some people are upset that the critter was released, since it probably won't be able to survive given that it cannot swim. What would you have done, and why?

animals / i like tuttles / turtles all the way down / wonderful creatures