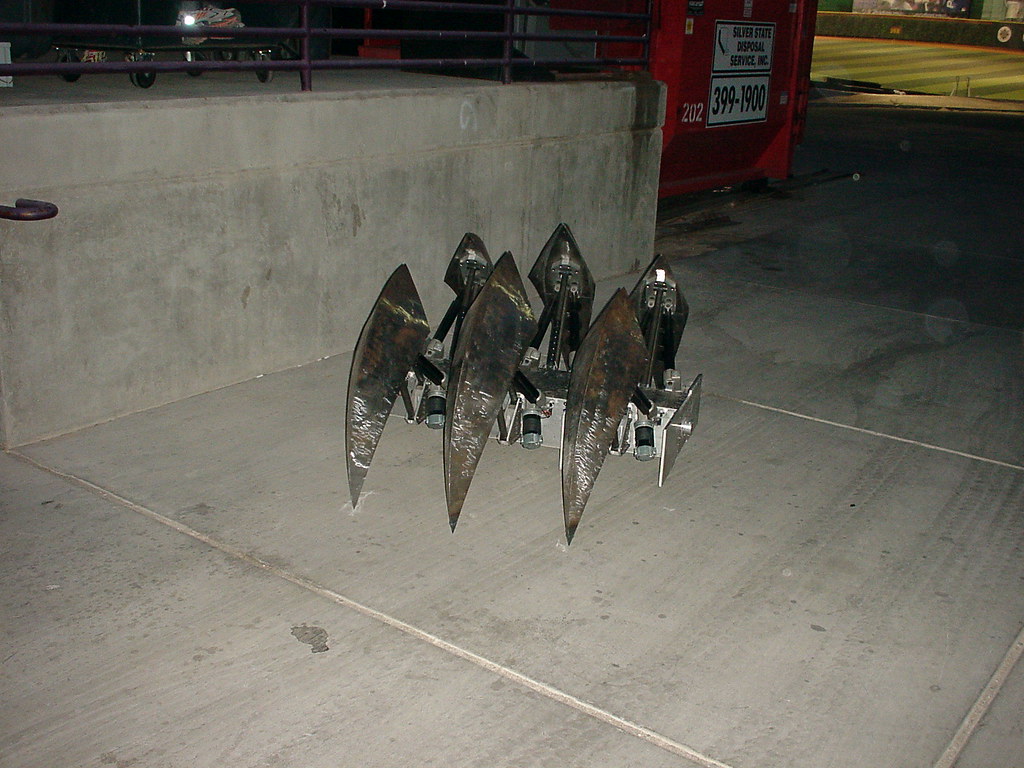 Apparently YouTube has been removing videos of battlebots, after their system flagged the videos for containing "animal suffering".

Ars Technica has a good story on several removals that took place last week across several battlebot accounts. They've got a screenshot of a takedown notice sent to a YouTuber who'd posted "Dark Blade vs Gizmo". As the notice explained ...

Content that displays the deliberate infliction of animal suffering or the forcing of animals to fight is not allowed on YouTube. Examples include, but are not limited to, dog fighting and cock fighting. We review educational, documentary, artistic, and scientific content on a case-by-case basis. Limited exceptions are made for content with sufficient and appropriate context and where the purpose of posting is clear.

After being alerted about the errors, YouTube restored most of the videos -- but as Ars notes, it's still not clear exactly how they got flagged. By bleary-eyed, overworked humans? By visual AI that figured the bots looked like animals?

It may not be that surprising that semiautomated review systems occasionally conclude that robots are animals, since we humans have a long track record of treating them as such.

This whole episode reminded me of a terrific 2007 story in the Washington Post describing the emotional attachment that soldiers develop for their combat robots. It opens up with a story of a colonel who's observing a multi-legged robot wander around a minefield, blowing up mines by intentionally stepping on them. When the robot's finally reduced to dragging itself around on its last functioning leg, the colonel orders the experiment halted -- claiming that it was "inhumane" to the robot.