Gorgeous photos of undersea life, in black and white 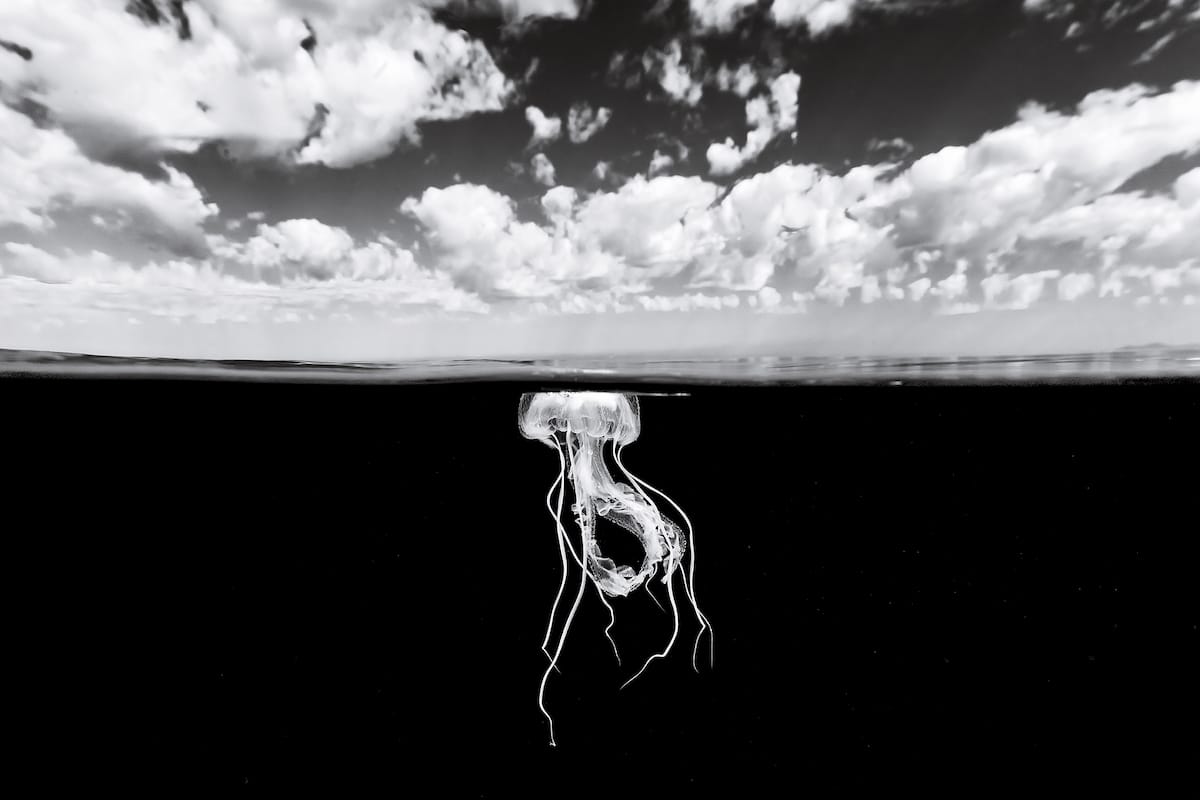 Typically, marine photography is done in rich, saturated color -- the better to show off the riot of life beneath the waves.

But the photographer Christian Vizl has done it in high-contrast black and white, producing eerily intense ways of re-seeing marine life. You can see the work on his site, and in his new book Silent Kingdom.

From his interview with My Modern Met:

Any particular favorite images from the book or a story behind a particularly interesting photo you’d like to share?

It’s hard for me to choose only one because I have so many memorable encounters with marine life, but one would be two giant mantas touching each other’s tips. I observed this behavior for the first time during the first dive we did in a very remote and special dive area in Mexico called Revillagigedo Islands. The two mantas were swimming directly towards each other when, at the last second before colliding, they would move upwards, positioning themselves slightly to one opposite side so they could touch each other’s tip of their wings. I was so amazed by this behavior that I wanted to capture it. I tried many times and finally the last day of diving in the last minute before having to go for the surface I managed to take this picture in the exact time. I felt so happy!

Some of the images are incredibly striking; in black and white, this school of fish looks like the hull of a ship ...

... and manta rays look even more extraterrestrial than they normally do, which is saying a lot.

The high-contrast detail one achieves with black and white makes the details on a sea turtle really stand out ...

(Thanks to Vizl for permission to use his photos here!)