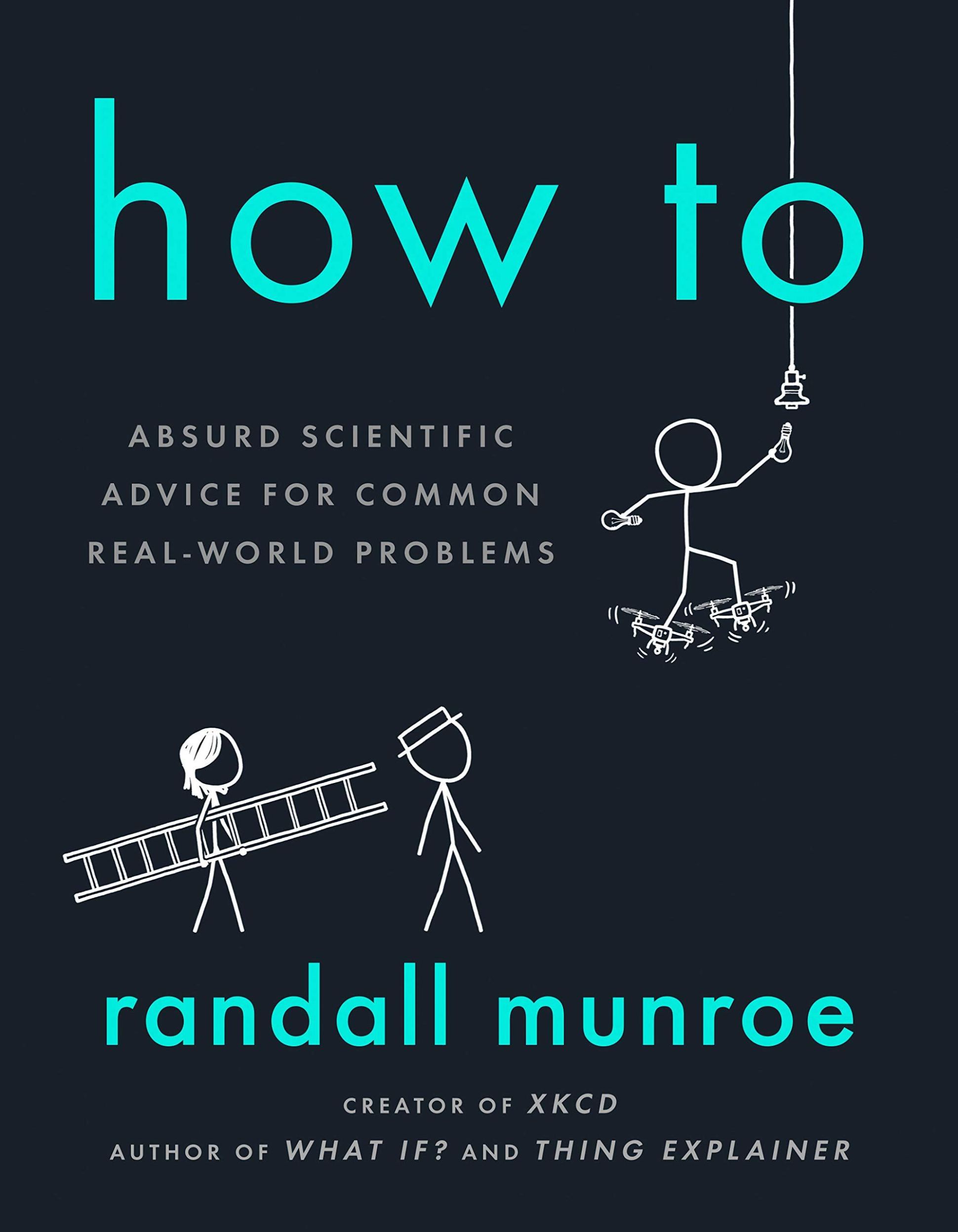 One of my favorite genres of book is the popular engineering book, a rare breed that combines physics and engineering to establish the full range of ways to address a problem (for example, if you want to talk about whether solar can ever replace fossil fuels, it's useful to know how many photons penetrate the Earth's atmosphere every day); no one does this genre better (or funnier) than Randall Munroe, the creator of the wonderful XKCD webcomic, whose 2014 book, What If? combines Dear Abby with extreme physics ("How fast would a human have to run in order to be cut in half at the bellybutton by a cheese-cutting wire?"); now there's a companion volume, How To: Absurd Scientific Advice for Common Real-World Problems, which picks up where What If? left off.

How To's premise is about as Munrovian as it gets: take a simple task, imagine the most ridiculous, scientifically plausible way of doing it, research the underlying scientific, legal, social and technical questions in eye-watering detail, then deliver all this in an absolute deadpan, livened by his trademark stick-figure drawings.

It's a kind of competence porn for people who love Rube Goldberg machines: for example, Munroe contemplates what it would take to build a "lava moat" of molten rock around your house, which sends him down not just one, but several rabbit-holes, from considering the heat output from a square meter of lava under both still and windy conditions; the human "rapid pain threshold" as applied to a notional moat; the relative costs of maintaining lava in a molten state; various cooling and insulation techniques that would maintain a human-habitable environment in the house surrounded by the moat; and, finally, what do to about the jellyfish that will inevitably clog the intakes on any seawater-based cooling system.

Munroe is justly and widely beloved, and also has a knack for asking his absurd questions in ways that are just plausible enough to allow him to enlist outside experts to his projects (which is how he got Serena Williams to help him determine whether a really good tennis player could kill a drone with a well-aimed ball; he also got astronaut Chris Hadfield to advise him on a number of Space Shuttle-related questions, including how you could land the shuttle if you were in the re-entry vehicle as it was being transported atop its terrestrial 747 carrier and the 747's pilot and co-pilots all jumped out of the plane).

How To is a pure delight, a salty-sweet mixture of hard science and bonkers whimsy.

If you're a fan of Munroe's, you can catch him on tour with the book; I caught a preview of his tour presentation last summer at Comic-Con and it was fantastic. I'm co-presenting with him in Santa Cruz on September 11.

Munroe traces the success of XKCD to this 2005 post I made about one of my favorite XKCD strips. I've been delighted to appear in some of his strips since. I've been a fan since literally the earliest days. I hope you'll give How To a try, and I hope to see you in Santa Cruz on 9/11!