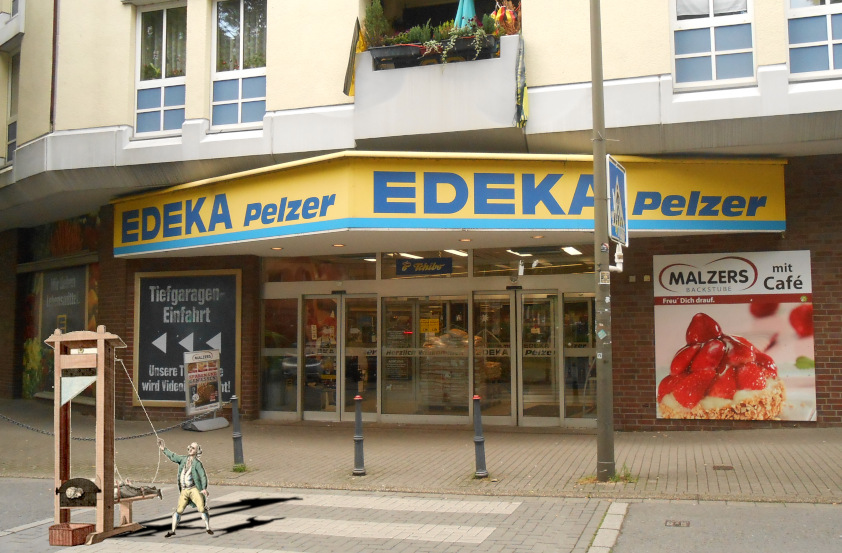 In Germany (where 18 million tons of food are thrown away every year), a subculture of anticonsumerist activists have turned dumpster diving into a political act, defying a law that treats trash as private property and dumpster diving as theft.

Senior dumpster divers are giving masterclasses to young, would-be divers, explicitly linking the activity to a wider anticapitalist project and supplying intensely practical advice (watch out for broken glass because dumpster-borne pathogens are gross; don't make noise lest the neighbors call the cops; if you think the food is spoiled, leave it because there's plenty more; don't hop fences or gates because that is a pretense for a trespassing bust).

The legal prohibition on dumpster diving was challenged by Hamburg's city-state justice minister, Till Stephens (Green Party), but the national legislature voted down his reforms, citing hygiene, the slippery slope to theft, and other thin excuses.

Where Stephens failed, a young radical lawyer named Max Malkus may succeed: he's representing "Caro" and "Franzi," two pseudonymous divers who were convicted to theft in January. Malkus is running an appeal, arguing that the law is unconstitutional (Malkus dives himself).

Recently, though, prosecutors elected to discontinue one case of garbage theft, partly thanks to the efforts of lawyers like Max Malkus. The 29-year-old believes dumpster diving is legal -- for personal reasons, because he himself dumpster dives, but also for professional ones, since he represents other divers as well. His office is located in the building where famed German Marxist Karl Liebknecht was born in Leipzig. It's not a coincidence, but rather, as he puts it, a "statement."

He is currently representing two students who would like only their first names to be used: Caro and Franzi. Last year, they were caught by the police dumpster diving on the property of an Edeka supermarket in Olching, near Munich. The police informed the manager of the market, who initially filed charges against the two but later retracted them because of what Edeka described as "countless public attacks and insults."

In January, a district court found Caro and Franzi guilty of theft. Malkus has appealed and intends to keep fighting until there is an acquittal. "There is nothing more obvious than the fact that an object that someone throws into the garbage bin is considered owner-less."

The court's sentence for the two women isn't without irony. They weren't just handed a fine of 225 euros each -- though the fine was suspended -- but they also have to volunteer for eight hours each. At a food bank.