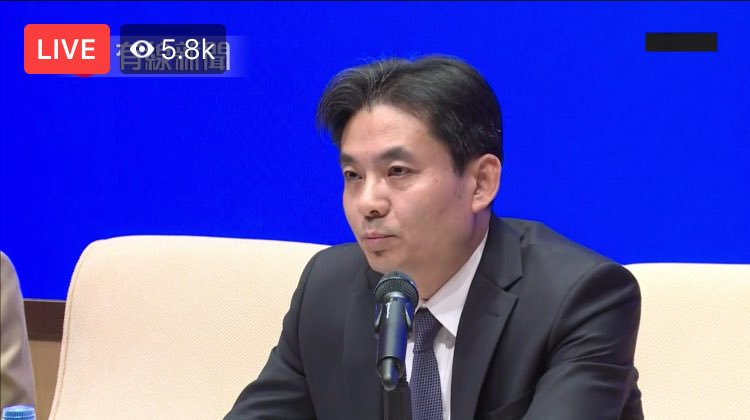 China's Hong Kong and Macau Affairs Office hosted a press conference on the ongoing Hong Kong pro-democracy uprising, with spokesman Yang Guang directing every branch and agency of Hong Kong's government (including airports, universities, and the public transit system) to attack the protests, promising "Especially to those key violent criminals and their backstage masterminds, organisers and agitators, [we] must show no mercy and pursue till the end."

Yang doubled down on Beijing's autocratic policy of disqualifying electoral candidates it does not deem sufficiently loyal to the central government, a spectacular misreading of the moment, in which ever-larger swathes of Hong Kong's educated, wealthy class are joining the rank-and-file to protest the heavy-handed actions of Carrie Lam, the figurehead installed by Beijing in the last (sham) elections (Lam was forced to finally withdraw her signature legislation -- a rule allowing political dissidents to be extradited for trial on the mainland -- this week).

Through its party mouthpiece People’s Daily, Beijing has in recent weeks criticised the city’s railway operator, the MTR Corporation, for not forcefully dealing with protesters who had been obstructing its trains and using them as an easy means to flee from police.

Yang also hinted that any revival of the city’s stalled electoral reform process must be based on a framework that would effectively allow Beijing to screen out candidates it did not deem trustworthy.

“Only with that framework can it produce a chief executive who loves the nation and Hong Kong, is trustworthy to the central government and accepted by Hong Kong people through universal suffrage,” he said.

Yang said that any discussion of universal suffrage for Hong Kong would have to adhere to the city’s mini-constitution, the Basic Law, and decisions by the National People’s Congress Standing Committee (NPCSC).

It was the NPCSC, China’s top legislative body, that set the rigid “831” framework for political reform on August 31, 2014. It laid down the rule that if Hong Kong were to elect its leader by universal suffrage, a 1,200-member committee traditionally dominated by Beijing loyalists would pre-screen and nominate two or three candidates who would then be elected through a one person, one vote arrangement.