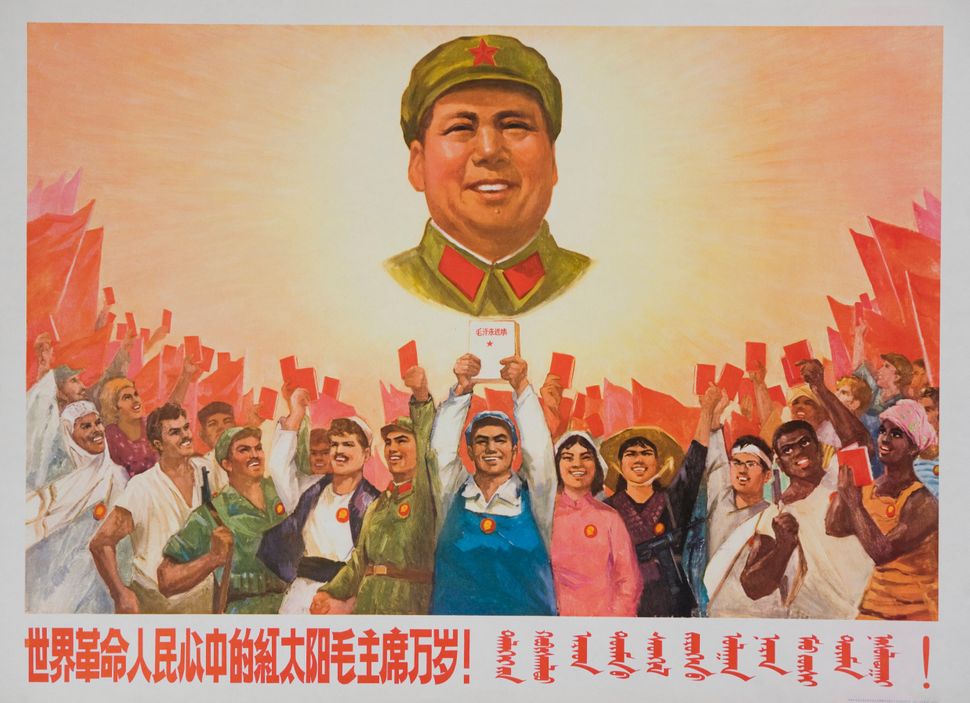 Kaiser Kuo (previously) is one of the best-informed, most incisive commentators on China -- he's a Chinese-American (literal) rock star, entrepreneur and writer whose presentations on China I've been privileged to attend several times, and each one was insightful, surprising and nuanced.

Kuo recently took to Quora to conduct a kind of masterclass on contemporary Chinese politics, authoritarianism, liberalism and dissidence; he's edited this together into a long, beautifully argued piece that tries to answer the question, "Why do Chinese people like their government?"

The short answer is "it's the economy, stupid." The dissolute rulers of pre-Revolutionary China governed badly, and between their wealth hoarding and colonial extraction by the British, China was a deeply unequal place whose political instability tipped over into revolution. But the post-Revolutionary Chinese catastrophes -- the Great Leap Forward, the Cultural Revolution -- left tens of millions dead and scarred the psyches of hundreds of millions of others.

The market reforms of the Deng era changed that, creating massive, sustained growth and (less unequal, but still imperfectly distributed) prosperity. The result is a kind of bargain between the authoritarian technocrats of the Chinese state and its people: "let us govern as we wish, and we will keep chaos at bay and sustain the growth that is lifting you out of poverty." As Kuo notes, this is the opposite of the American doctrine of Benjamin Franklin: "Anyone who would trade a little freedom for a little personal safety deserves neither freedom nor safety."

This explains why anti-corruption programs are so popular (and why corruption scandals are so politically consequential), even if they hint at the political purges of the Cultural Revolution; it explains why Chinese censorship is so focused on social order and preventing online dissent from erupting into physical manifestations of political anger.

As China's political star rises and rises on the world stage, many western thinkers are looking to the Chinese people to demand a more pluralistic, participatory state with respect for human rights and democratic fundamentals. Kuo explains why so many people in China are indifferent to this proposition (though Hong Kong is a different story!).

One quibble I have with Quo's piece: he presents the mainstream of Chinese thought as being largely indifferent to authoritarian excess and human rights abuses, but obviously this isn't a universal sentiment among Chinese people. The fact that China's prisons are bursting with political prisoners -- including the estimated 1,000,000 Uyghurs in concentration camps -- tells you that there are lots of people who sharply disagree with go-along-to-get-along.

And yet it has an impact on perception; it’s still a source of distortion, of bias. This failure to focus on the more “normal” is, I would assert, one of the major reasons for the disconnect at the heart of the original question: the prevalence among Americans of “Why don’t you h ate your government as much as I think you ought to?”

One of the more regrettable outcomes of this particular bias in the way China is reported reflects in the (notional, educated, mainstream-media-consuming) American public’s understanding of the Chinese intellectual. Reporters tend to focus not just on critical intellectuals but on the more outspokenly critical ones, on the full-blown dissidents, on the very vocal activists, on the writers who challenge the establishment on human rights issues, on freedom of speech, on rule of law, on religious policy, on minority nationality policy and so forth. Of course they focus on these people; they’re “the dramatic,” in Durant’s phrase. They set out to excite so no wonder that many of them are exciting. They play to the American love of the underdog. They flatter American values.

It’s right, I believe, to focus on intellectuals. One could make a very serious argument that China’s history is at some important levels driven by the dynamics of the relationship between intellectuals and state power, whether dynastic or Party. Dissidents and the more stridently critical intellectuals certainly are part of that dynamic. But I would submit that it’s actually more important to understand another type of intellectual, and another mode of relations between the intellectuals and state power, between, if you will, the pen and the sword: the “loyal opposition,” who during most times — including this time — comprise the real mainstream, and who see it as their role to remonstrate and to criticize but not to fully confront. It’s these voices, a kind of “silent majority,” to use an apt phrase whatever its connotations in the American polity, who go too often ignored in our reporting. Because “Noted Chinese scholar is basically okay with the government, though he thinks it could be improved in X, Y, and Z” is not a particularly grabby headline or a compelling read.

There’s also a kind of source bias that’s related to this and it’s regrettably caught in a bit of a feedback loop, too. The general impression is that Anglophone media is pro-dissident, and so dissidents will tend to go on record with or speak at greater length with Anglophone reporters; moderate or pro-Party intellectuals will tend to decline interviews and comment, and the impression that Anglophone media is biased in favor of the dissidents gets reinforced: the narrative that they want is buttressed while the other is marginalized or weakened.

Why do Chinese people like their government? [Kaiser Kuo/Supchina]