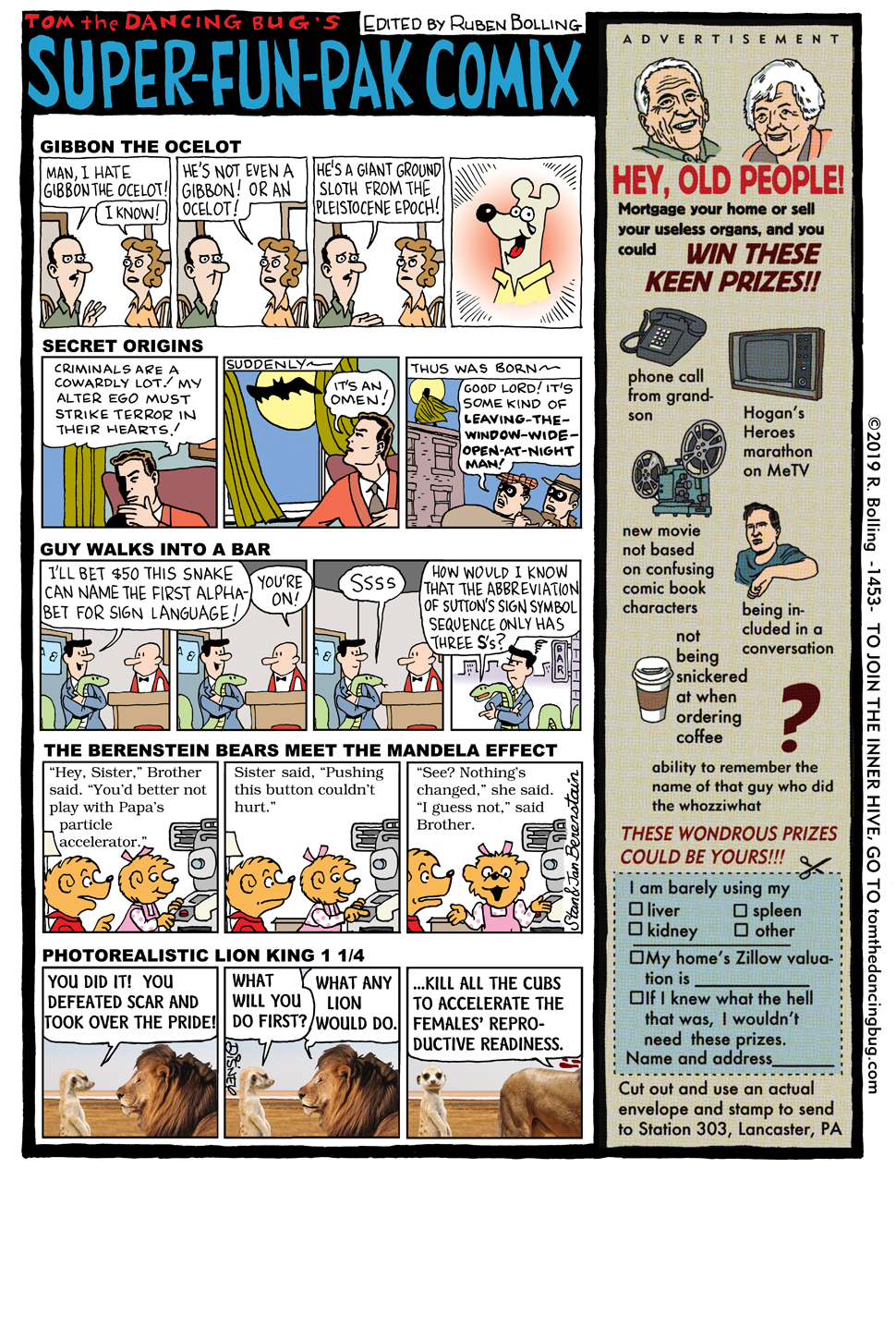 Tom the Dancing Bug, IN WHICH Super-Fun-Pak Comix features Gibbon the Ocelot, Guy Walks into a Bar, and MUCH MORE!!