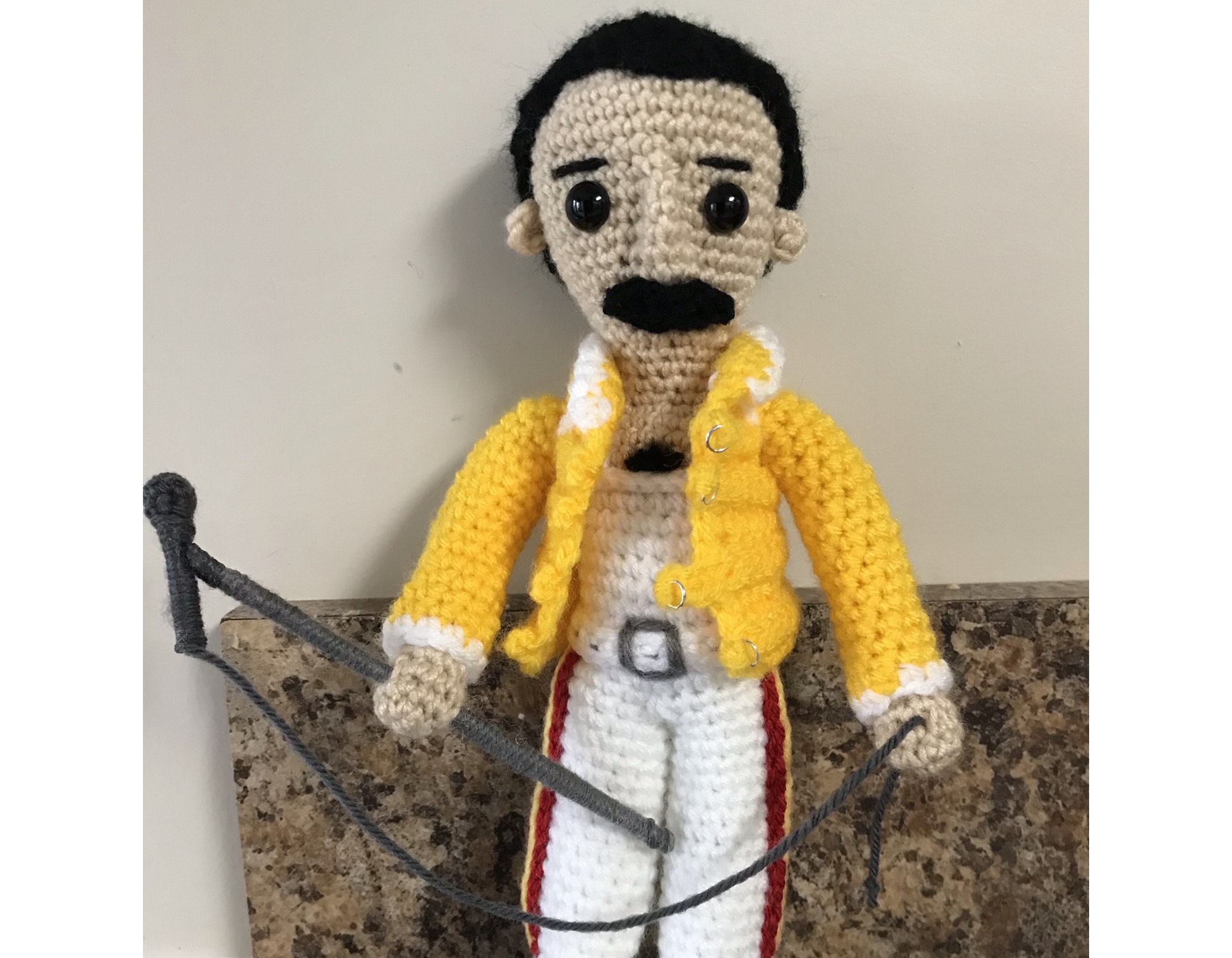 The Mercury Phoenix Trust was founded by Brian May, Roger Taylor and their manager Jim Beach in memory of rock band Queen's iconic lead singer Freddie Mercury who sadly died in 1991 from AIDS related pneumonia. In the last 21 years the Trust has given away over 15 million dollars in his name and funded over 700 projects in the global battle against HIV/AIDS.

As a tribute to the legendary Freddie I've created his likeness in amigurumi, capturing his essential awesomeness in yarn!