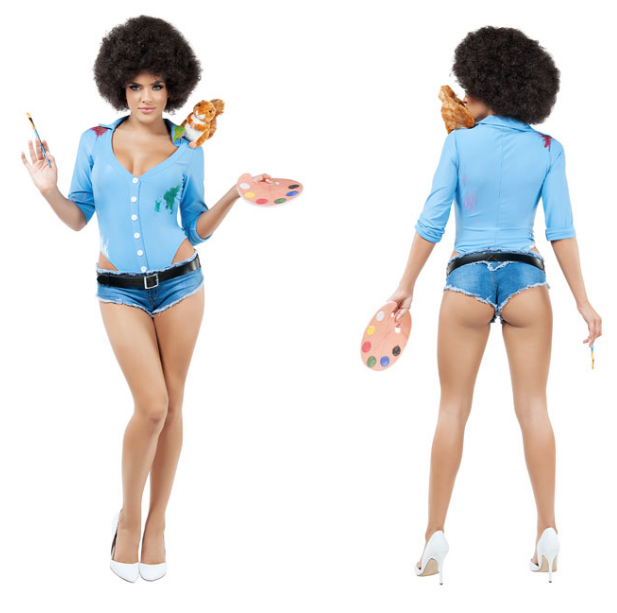 New rule: You haven't jumped the shark until your likeness is made into a "sexy" Halloween costume.

Don't get me wrong, I love Bob Ross but I gotta think he's rolling in his grave with the existence of Yandy's "Happy Tree Painter" costume ($69.95).

Art is a joy and you can't make any mistakes! Create a landscape masterpiece while wearing this Happy Tree Painter costume featuring a stretch shirt romper with a scoop neck, paint stains, button detail, and a snap crotch opening, stretch denim booty shorts with an adjustable belt, a plush squirrel, a paint pallet clutch, and an afro wig. (Paint brush not included.)

The plush squirrel is a nice touch though.