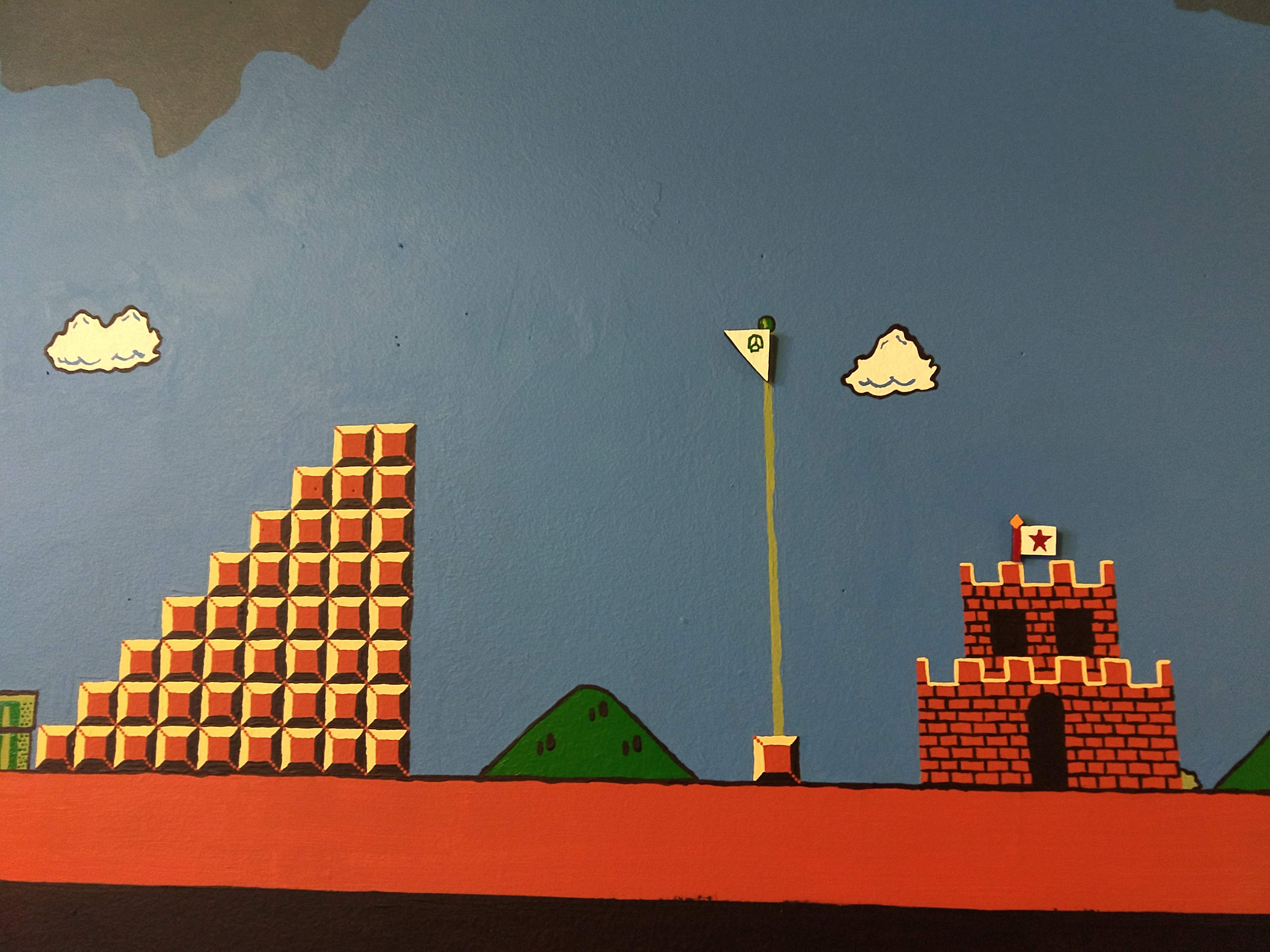 This is a really incredible game-inspired DIY art project.

“The sprites are attached with Velcro so they can move around or be removed altogether!”

Scroll down to the bottom of this wonderful gallery of how they did it, and turn your sound on for the video.