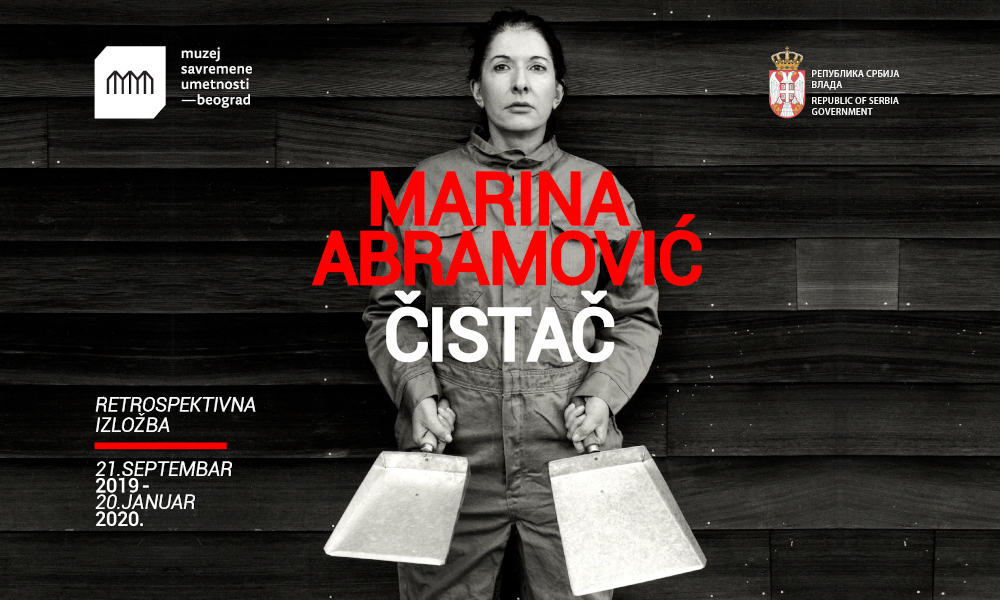 Many who knew her in the legendary early years of bitter struggle now resent her grand fame and success. They consider her commercialized, cosmopolitan, a celebrity artist recycling proven successes, but they're all wrong. This is mere snob activity.

It's possible to be the cliched, true artist who is permanently poor, pure, and out of touch with the entire material world, but art snobs never notice or praise these people. They're too busy attacking Marina for not being like that. Oscar Wilde used to point out that snobs are a useful motor of society, propelling the fame machine by loudly including, excluding, over-praising and denouncing. Women artists might even get snobbishly confined to small pedestals and defined as muses rather than real artists.

But snobs will always lack Marina's creativity and painful brilliance. I appreciate Marina’s direct and sharp attitude towards fame, glory, wealth, the female body and universal death. She confronts complex issues directly, in the world as it is, instead of accepting trends at face value. Her work will be noticed, disciples will follow her, but by that time she will already be elsewhere.

The grandma of performance art, as she calls herself, will soon be playing Maria Callas, the diva of opera, in her most famous death scenes. At Maria's age, and with the portfolio and life-histories of Marina-and-Maria, I feel sure that is not only the best way, but the only way. Marina Abramovic and Yoko Ono are my role models for female living artists who have transcended the many threats of fame and glory, and prevailed over suffering.

So, Marina is returning to Belgrade

In September, after 45 years of exile, like a much-condemned heretic witch finally accepted as a goddess. At long last, a proper, large-scale show in the museum of modern art on the Danube, with a welcome from plenty of celebrities, friends and of course politicians. Naturally her long-time local foes and critics will be there to wave national flags.

This show will be a performance in and of itself: life is art and art is life, the conceptualist credo. In this case, a kind of Warhol ghost of the art-is-life of the former Yugoslavia, the Belgrade of Marina's youth, that underground stage like an art-factory, neglected, obscure, weird, where three artists performed for an audience of two, and all recording was forbidden... This show will have the melancholy grandeur of the last volume of Proust's memoirs of lost time.

Will these artists recognize others, see themselves after the wars, the gossip, the death of a nation, of a lost social order? Will they have the courage to say hello and goodbye to their past?

I will be there, watching from the second row, while Marina will perform the story of her life, as she always does. When I last met her in Torino Italy, she offered a deeply sentimental speech which ended in tears, about her artistic credo. She said: I believe in telepathy, not in technology. Today she is doing some tech art, so I wonder how things have progressed with the telepathy. I am willing to trust her instinct even when she is wrong! Creatives are never exact, they are just daring.

In her recent public "Letter to Serbia,” the cover story for a local magazine, she says: I worked and lived in Belgrade for 29 years. I was coming back only to visit family. My last personal show here was 45 years ago. Now almost half a century later, I want to show, especially to the new generations, what I did all these years. And I want them to understand through my work how important it is to risk, how important it is to have seen the big picture and to have big dreams, notwithstanding everything.

In that public letter, she speaks about the importance of failed projects in order to find the path as an artist, about the need not to abandon the impossible. (I was already making a list of favorite projects that "failed," the second-prize winners of shows that I curated. How often, with time, the second-prize reveals itself to be more prescient, more forward-looking and inventive, than the first prize that seemed such a clear winner).

Marina talks about her luck in discovering early on that performance is her way through art, either once, for a small public, or, today with an attentive worldwide audience. Especially, long performances can have the transformative energy of life itself. Performance is a living art, not a recording, like video or text. A performance can be re-enacted by other people, but they will be living it, not creating the artwork.

Marina says if she paid attention to what was written about her all these years, she would never have left her room. At age sixty, though, she proved that all she needs is a room, along with a couple of chairs. That was the famous performance "The Artist is Here" at the Museum of Modern Art, where she sat in a room and registered her presence, eye to eye, with her public. For days on end that other chair was never empty.

The Marina Abramovic show in Belgrade will be her biggest retrospective ever, and she is close to a popular sensation in contemporary Serbia. After decades of studiously pretending that she didn't exist and had no significance, everybody knows and quotes her name, from politicians to the handyman. She and Novak Djokovic are the queen and king of the updated Serbian national image.

This art and sports mania may have an unhealthy air of Serbian royalty above the common unwashed herd, but I think we should embrace good news about Serbian culture, when it occurs. The Museum of Modern Art on the Danube has been a decaying ruin for years, but is recently re-opened as a beautiful space and place. So why not enjoy the Marina Olympics?

I happen to be a Serbian expatriate myself, the notorious activist and artist of a wretched Balkan country beset with too much history, but I can cheerfully admit that Marina Abramovic is global art-world royalty, and even Novak Djokovic can really whack a tennis ball. Who knows what the next, still-nameless Marina Abramovic is doing right now in her overlooked niche-space, somewhere in the cracks of the walls of our 21st century? In Belgrade a street artist can be a fairy queen, and only from the outskirts one can see the center. Only from a distance one can hit the target.