Fluid paint simulation on the web 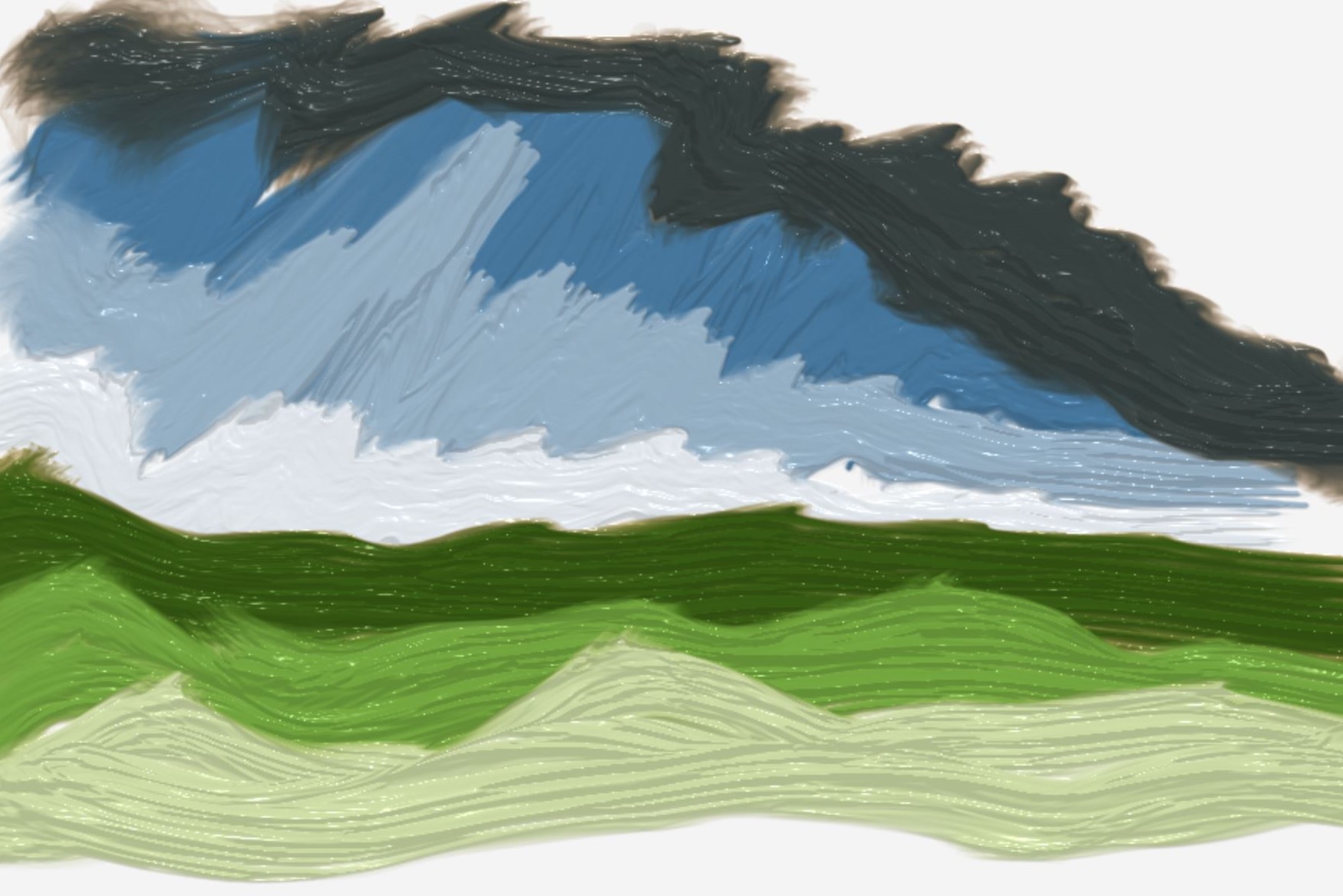 david.li/paint is a spectacularly gloopy painting app online. You can set paint fluidity, bristle count and brush size, and of course pick any color you like. What I like about it (as opposed to pro apps like Corel Painter or Artrage that offer similar natural media simulations) is that it's just a loaded messy brush that doesn't make it easy or clean itself up for you. The limitations force you to work with it! Author David Li published the source code.