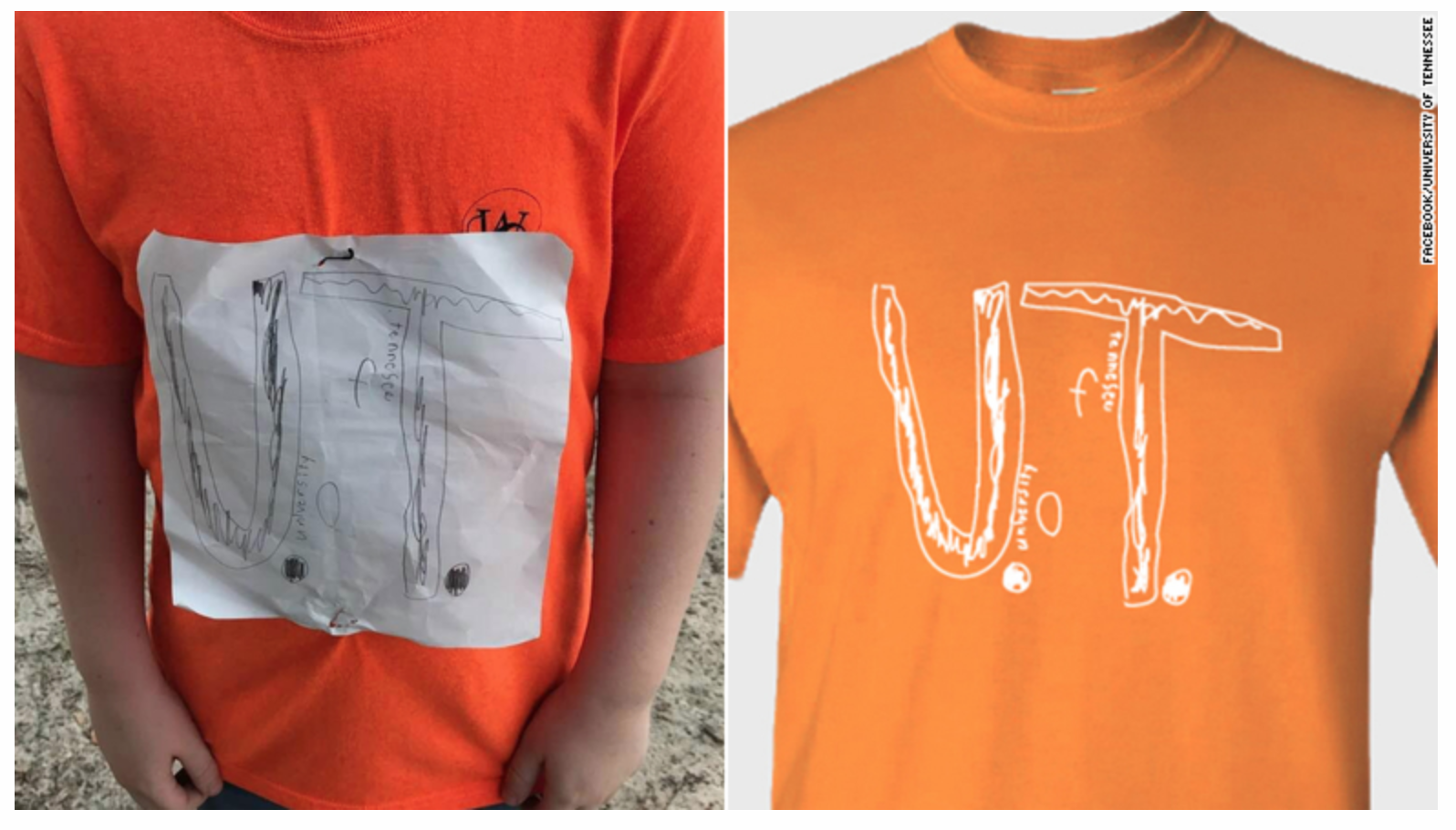 The University of Tennessee has lovingly adopted an elementary student's design as their own, after hearing that some girls at the next lunch table gave him grief over it.

A Florida student obsessed with the University of Tennessee wanted to represent the Volunteers during his elementary school's "College Colors Day," but didn't own any of their apparel -- so he took the matter into his own hands.

Laura Snyder, his teacher at Altamonte Elementary School in Altamonte Springs, says he drew a "U.T.", the university's logo, on paper and pinned it to an orange t-shirt.

"When the day finally arrived, he was SO EXCITED to show me his shirt," Snyder wrote Wednesday on Facebook. "I was impressed that he took it one step further to make his own label."
But by lunch time, the spirited Vols fan was in tears.

"Some girls at the lunch table next to his (who didn't even participate in college colors day) had made fun of his sign that he had attached to his shirt. He was DEVASTATED," said Snyder.

In hopes of raising his spirits, Snyder said she planned on buying him an official University of Tennessee T-shirt, and asked friends if they had contacts with the school who could "make it a little extra special for him."