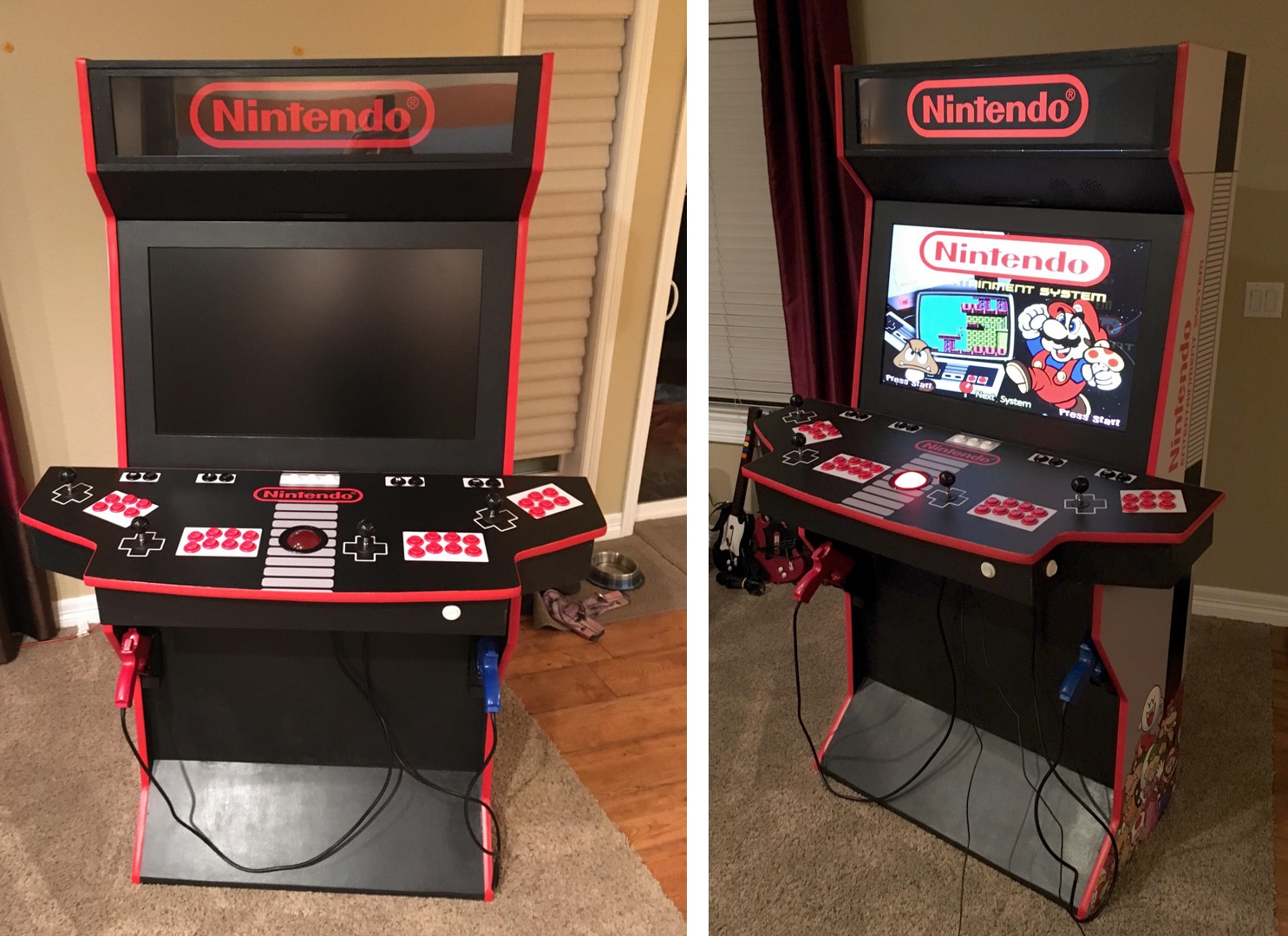 It runs on Windows 7 and uses HyperSpin as a frontend for loading games from over 70 systems.

“After seeing some inspiration from /r/cade I was determined to spend some time building a home arcade cabinet for my basement,” says IMGURian rubee64.

“I had little to no woodworking experience, but by the end I'd acquire a dozen new tools (including a table saw) and learned a great deal about materials and the assembly process.”

The project took 5 months of planning and work.

Once I had the overall model worked out, I needed to learn a little bit about wiring the buttons (something I’d never done before). After some research I settled on a 56pin I-PAC 4 from Ultimarc. This was just short of the total buttons I was going to need (after Player/Coin and Admin buttons) but I figured it would get me most of the way there.

I ordered it along with several sample button types and built a test arcade pad out of MDF to get familiar with my wiring and drilling.

Scroll through the entire gallery to get a sense of the intricate level of detail and mastery behind this project.